Thankfully it appears that Joan as police woman aka Joan Wasser, is finally getting the attention of the wider public. Long overdue it is too.

She currently has a career spanning three album compilation out at the moment called, very cleverly,  Joananthology. 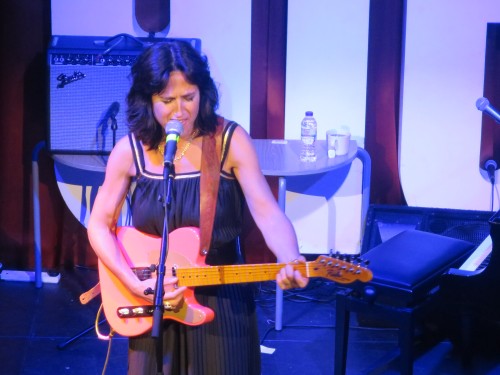 For over two decades this talented artist has beguiled listeners with a series of beautifully crafted albums. She creates songs with astute lyrics and often insidiously catchy tunes. Also she’s a contemporary soul singer with more attitude than you can shake an old Al Green shaped stick at.

Last year we caught her at the Greenman Festival where she shone like a small star in the Welsh drizzle. But tonight we’re in Nottingham’s lovely Glee Club for an intimate solo show.

Rollercoaster of a career

Joan as police woman has had a rollercoaster of a career. She started playing violin and piano for The Dambuilders, Black Beetle and Those Bastard Souls.

In addition, she found herself circulating in exalted musical circles with such luminaries as Jeff Buckley, Anthony and the Johnsons, Elliot Smith, Rufus Wainwright, Mark Linkous from Sparklehorse, David Sylvian and a list of artists as long as the long black dress she was wearing tonight. She went solo in 2004 and hasn’t looked back since.

Tonight we get an emotional, riveting and often visceral solo performance.

She takes to the stage after fire alarms had inadvertently been set off by presumably the storm front of dry ice that wouldn’t have been out of place at a Metallica gig.

To loud applause she silently takes her seat at a grand piano and dives straight into my absolute favourite song of hers, To be lonely, it just destroys me –  a love song so sad that you know from that mournful melody it will probably end in heartache, and man, there’s a lot of heartache in the room tonight, most of it coming from the stage.

How can she follow that ? With ease and aplomb, she continues with an entrancing and sublime Wonderful. 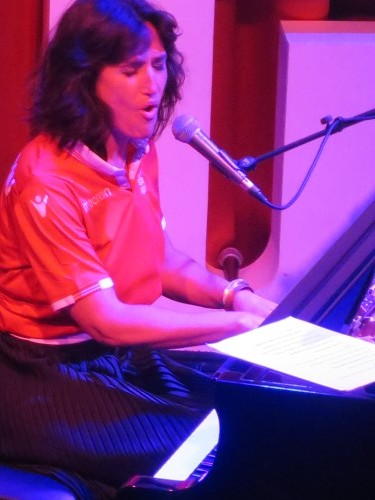 There is still no acknowledgement of the audience, but eventually as she makes her way to her pink Telecaster and is more forthcoming. A humble soul of few words she lets the music do the talking.

So she gracefully flits between piano and guitar, which she plays with tenderness and ease. We get What a World, Human Condition, The Magic and one of the best covers I’ve ever heard – Kiss by Prince. It’s just amazing how she turns this classic into a lyrically ambiguous sexy mantra.

There was lovely touch as she came on for the encore. Tom Rose, her label manager and all round good guy, is a massive Forest fan and seeing as though this was his hometown he had customised a red and white Forest top which Joan came back on wearing. On the back it read Joan APW and underneath was the number eight. Now quite what the eight signified I don’t know, but I like to think it refers to the eight million people who will no doubt go to see her next year. Make sure you’re one of them .