Here we go again, fasten your seatbelts, hang on to your consonants, its time to go to Wales for the annual freakout in the hills.

Greenman has now established itself as a major attraction in the over abundant field of UK festivals, and if you’ve ever been you’ll know why, as it is always chock full of quality acts and non stop diversions.

From folk to freakzone and most points in between you’re bound to find something to blow you away into the surrounding mountains.

To be fair the weather behaved itself, it only threw a wobbly on the Friday, but soon dried out on Saturday and Sunday with the arrival of some lovely sun, indeed the words quite and pleasant could have been employed.

Squirrel Flower despite sounding like a twee indie band from Dorset is in fact the stage name used by twenty one year-old Ella Williams from Boston USA. She captivated the crowd early on Friday with a set of self assured and seriously personal songs. maintaining an eerie composure and delivery throughout, she proved to be an early hit. 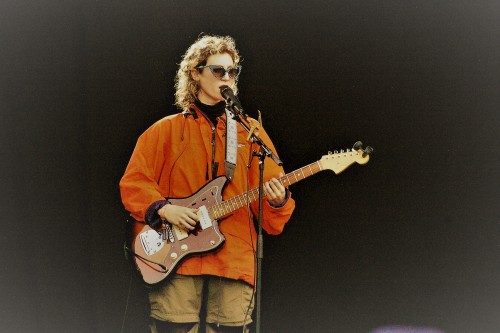 A totally unexpected treat was an energetic performance from a cracking soul singer going by the name of Durand Jones and the Indications, think Curtis Mayfield, Marvin Gaye, Otis Redding and you’re somewhere there, the icing on the cake was an absolute fantastic cover of The Beatles Don’t let me down.

From one extreme to another, a climb up to the Far Out tent to check out Pigs Pigs Pigs etc. If you like a bunch of guys who can’t quite play the debut album from Black Sabbath and fill in the bits they can’t master by getting the vocalist to take his top off and scream alot, then this is the band for you. 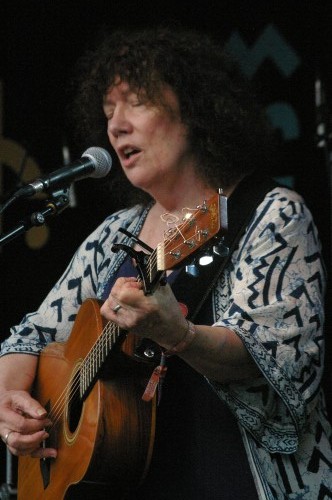 Much better were TVAM, and the sublime Villagers who always deliver. The Walled Garden played host to a rare appearance by folk royalty Bridget St John, she was followed by a much changed Stealing Sheep, who have morphed into quirky weirdos in lycra complete with cheesy dance routines, they succeeded in confusing me, [not difficult]. After them came Bill Ryder Jones, who was electrifying, chaotic and joyous, often within the same song. 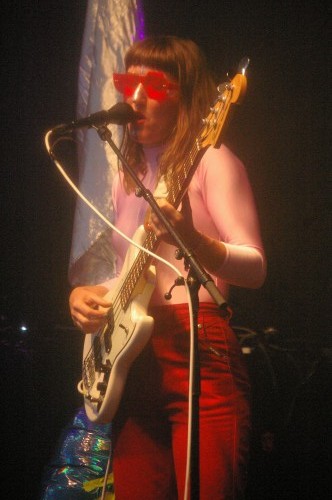 To close the main stage Friday night, the legendary Yo La Tengo totally ripped apart the fabric of space time. Indeed the opener Cherry Chapstick was reminiscent of a supernova of guitar abuse, the ground shook with terror as guitars made noises they were not constructed for. They then take everything down for quiet interludes and harmonies from heaven before erupting into cacophony again, beautiful. 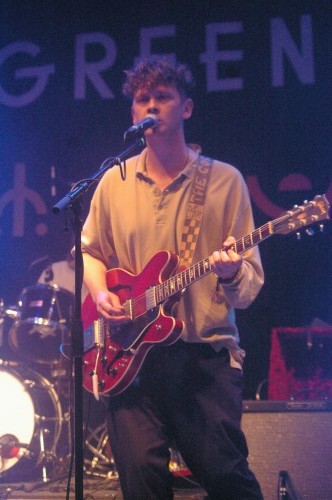 Special shout out to Caitlin Moran in the literature tent who reduced my friend to tears [but in a good way].

Saturday was a blur of top notch entertainment, Jarvis Cocker put on his DJ hat and made women of a certain age dance like Pans People, Richard Thompson delivered a a scintillating acoustic set. The resurrected A Certain Ratio prove they still corner the market in skinny white boy funk, they even threw in a Talking Heads cover for good measure. 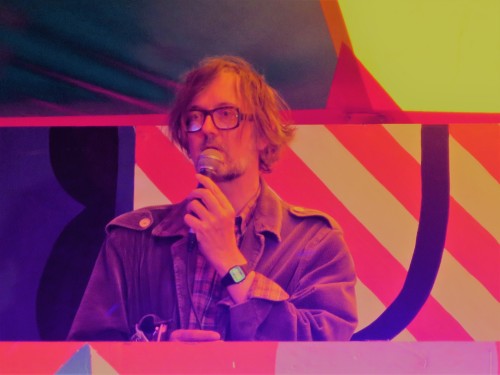 You could happily spend the entire weekend in the Chai Wallahs tent, you never hear anything that is shit, it’s a remarkable place and this year was no exception. Jazz rock proponents Lydian Collective were amazing,with lots of virtuoso playing, boundless energy, a drum solo and a guitarist who wears an unforgivable headband, we went bonkers. 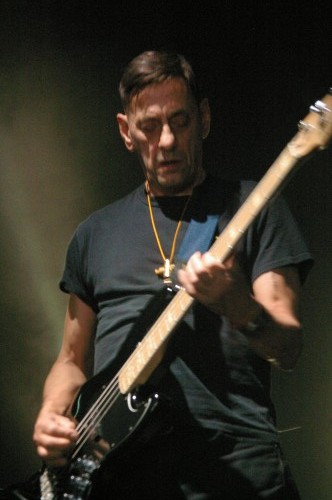 Headliners Stereolab, despite a hesitant start soon locked in to some mighty grooves and proved why they were such groundbreakers back in the day, it was heartening to see such a big crowd as well. Four Tet was a little anti climatic but did have some nice blue lights.

On the Sunday Yak and Idles won the noisy buggers of the weekend award, but for myself and many others the day belonged to The Liminanas. Hailing from France this proper freaked up fuzzy band of beauties ploughed their way through a delirious set, even throwing in no less than three cover versions, Mother Sky by Can, Gloria by Them and Teenage kicks by The Undertones. On a personal note this gig has elevated them to number four in my all time best gigs EVER !. 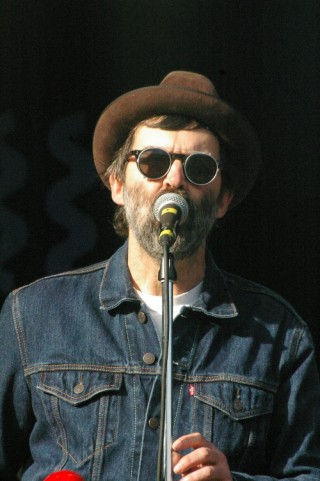 A teatime treat came in the form of Eels, a rarish UK appearance that went down fantastically well. Their sound was beefed up by a great band and frontman  E was irrepressably buoyant. By turns funny,  self depricating and hugely entertaining. Dog Faced Boy was dedicated to John Parish who co wrote it, Prince was name checked with a killer version of Raspberry Beret and Novocaine for the Soul was just superb. So great to see them still rocking, check out their remaining tour dates, you won’t be disappointed.

Before we left we caught an amazingly energetic and exciting young lady going by the name of Emily Cappell, small in stature but containing more energy than a spinning neutron star, she had a tune about the poor buggers who have had Morrissey tattoos and their ensuing embaressment as he reveals himself to be a cock. She was fun incarnate and her new album is called brilliantly Combat Frock, what’s not to like ? 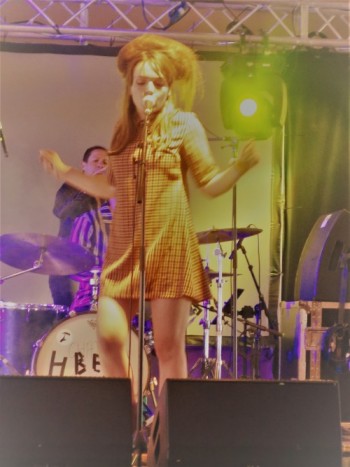 So, another year for the Greenman Festival,  another load of crazy memories, more mayhem than you can shake a Jazzmaster guitar at, hell i’ve got withdrawal symptoms already .