During a weekend of rainsoaked festivals, from Suffolk’s Latitude to Dorset’s Larmer Tree, a rare few hours of clear July skies provided a welcome backdrop to this inaugural one day festival in Somerset.

On arriving at the 4,500 capacity ‘gathering’ my immediate thoughts were that it was well set out, family friendly and had attracted a good sized local crowd, from an area that is dominated by the Glastonbury festival in nearby Pilton. The core of local acts, most notably Somerset’s Reef, as well as a £2.50 cap on the price of a pints of beer and cider also helped boost attendance. 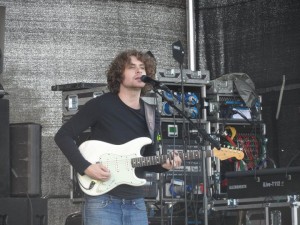 First act on were Somerset based alternative rock four piece The Joe Public, who are signed to Saint Grace Music, have two EP releases and four Glastonbury Festival appearances under their belt.

BBC 6 Music presenter Tom Robinson refers to them as “like a cross between Brandon Boyd fronting Kings Of Leon and The Temper Trap jamming with Queens Of The Stone Age” and they played a solid, energetic set that was a good start as the crowd started building up. 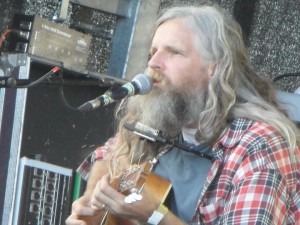 Next on to the Godney stage some more familiar faces in Reef side acoustic project Stringer Bessant, featuring singer Gary Stringer and the now incredibly bearded bassist Jack Bessant on acoustic guitar. Their calm brand of summery, acoustic surf rock is a world away from the more classic rock of Reef but nevertheless left the crowd impressed.

Speaking of classic rock, next up were three-piece band Rude Tiger, from Devon. Formed in 2005 they are still unsigned but perhaps not for much longer based on this energetic performance, including a stand out solo from drummer Dan Collings. 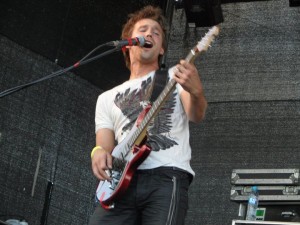 One of the major pluses of this festival is the range of music on offer, with eight-piece ska act Shoot the Moon on next. Their set, which included their track ‘I Can’t Make You’, provided one of the highlights of the night. 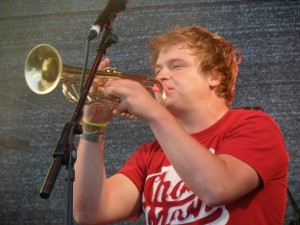 Toploader were among the most hyped up acts for this festival, but were the only let down of the night. The atmosphere noticeably dampened when the 1990s band, which has recently reformed, came on.

While their set was tight and well played only a minority of the crowd really seemed to listened to them. Their set was saved by ‘Dancing in the Moonlight’, their big hit and now synonymous with the Jamie Oliver Sainsbury’s TV ad campaigns of a few years back. It was a song everyone knew so created a fair bit of singing along and dancing. 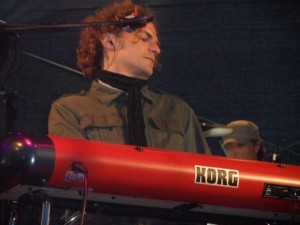 The performance by the headline act Reef, another act from the 1990s to reform, couldn’t have been more different. They gave it  100% from the first song onwards. They picked things up markedly after a disappointing set from Toploader and instantly lifted the gathering’s mood and energy.

Inevitably their big hit ‘Place Your Hands’ provided a highlight of their hour long, high-energy set, which was a joy to watch. 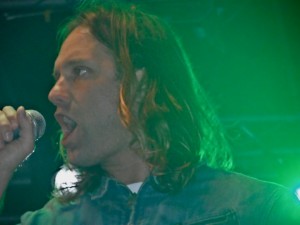 So what is the future for the Godney Gathering? On the evidence of this first festival, with its warm, family friendly atmosphere and eclectic mix of bands, both old and new, I can see there being more in the future. Other than Toploader the  only other flaw was that it was just one night.