The 1979 album that heralded The Clash’s rise from punk band to one of Britain’s best rock groups is just about perfect as it is in the way it blends punk, rock, reggae and even jazz. What on earth can anyone, even a man of Prophet’s skill, add to an album that we recently named the top alternative album of all time?

Catching Chuck Prophet and the Spanish Bombs set at the low key, friendly  and packed Polish Club in Bristol I felt assured  that the band, which features members of The Park and unheralded power pop songwriter Chris Von Sneidern, would at the very worst produce a competent tribute show. 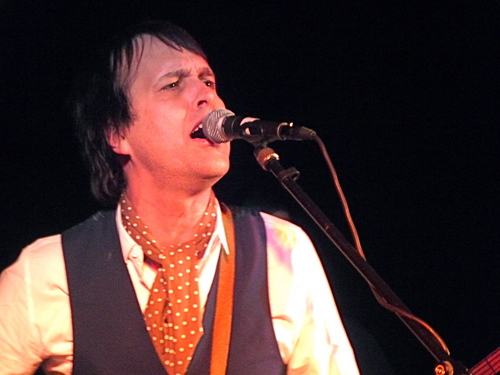 Thankfully they offered so much more  as a key reason for touring the album was not just to belt out some Clash songs but to revisit the tracks and  draw out the American culture that so influenced it.

Written in part during The Clash’s visits to the US in the late 1970s the album is in many ways a classic US rock album.  For example the cover of Vince Taylor’s 12 bar blues track from 1959  ‘Brand New Cadillac’, the references to Hollywood stars like Montgomery Clift (‘The Right Profile’)and even the American murderer Stagger Lee, on a cover of The Rulers ‘Wrong em Boyo’ were a world away from the west London landscape that features on some of London Calling and especially their self titled  debut album.

For those unfamiliar with the album they witnessed a passionate performance by one of Neonfiller.com’s  Top Ten guitarists of all time. Those that know the album well, and judging by the largely 40 to 60 year old audience that was the majority,  appreciated the changes  Prophet brought to the album.

The most notable difference was to strip away the reggae and Jamaican influences. This transformed ‘Guns of Brixton’ into a fast paced rock song. This ethos also placed rock firmly back into ‘Revolution Rock’.

With the Jamaican swagger discarded ‘ Wrong Em Boyo’ could be  belted out full throttle. The encore of The Clash single ‘Bank Robber’ was another that free from the slow reggae bass line became a fast paced rock track. All were magnificent and given a new lease of life.

‘Brand New Cadillac’ was among many highlights, with Prophet getting so excited he broke his D string mid way and used the opening jam by the band through Jimmy Jazz to change strings. 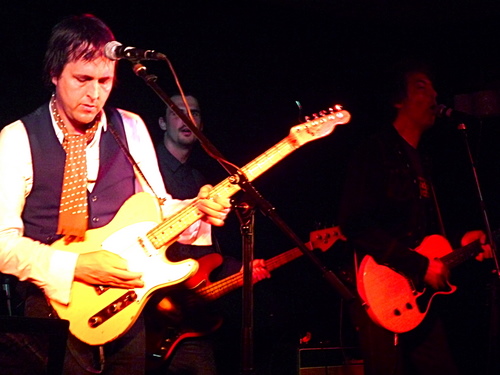 Less effective was the track ‘London Calling’. It’s so iconic, so British sounding, that even Prophet couldn’t repatriate it. Nevertheless the band still did it justice.

Throughout the gig Prophet’s humour, including inviting the whole audience back to the band’s hotel and chastising then ironically praising the UK for failing to join the Euro, kept this hour and a half set alive. Von Sneidern, who provided the support act, also deserves credit for handling the Mick Jones vocal parts well, especially my favourite on the album ‘Lost in the Supermarket’, written by Strummer about Jones’s tower block childhood.

For The Clash fans present this was also a very special night with the band’s former road manager Johnny Green introducing the Spanish Bombs  with anecdotes from the time about how London Calling was recorded and the influence that the US had on it.

The Bristol location also gave the night an added sparkle. The Clash’s Joe Strummer spent the last years of his life in Bridgwater, just a few miles down the motorway. Some of those there had met him and clearly felt an extra special connection with the music and Strummer due to this.

One couple I spoke to were due to meet Strummer at a party held by a mutual friend on 22 December 2002. Strummer never showed up as he suffered a fatal heart attack that night just before he was due to head out.

If he was still alive I’m almost certain Strummer, who never denied the huge influence America had on his music, would have made the short trip up the M5 to see what Prophet had done to his masterpiece.