A concept album about Harlow, the post-Second World War new town built in Essex, UK, is the unlikely recipient of top spot in Neonfiller’s Top Ten Albums of 2009 list.

In a year when festival favourites such as Arctic Monkeys and The Flaming Lips released albums noted for their grand scale we have opted for the subtle, homespun talents of former Hefner frontman Darren Hayman and his album Pram Town. Sing about what you know is the familiar adage and Hayman does just that. Every lyric has meaning, every note has its place.

Elsewhere in the top ten we are not quite ready to declare a new era in Brit pop. Even though we are a UK based website we have named just four acts from our own shores. As with 2008’s list we recognise that the bulk of indie/alternative talent is still across the Atlantic.

Among those that narrowly missed out in our top ten albums of 2009 list were Taken By Tree’s excellent East of Eden, which was recorded in Pakistan, Built To Spill’s comeback There Is No Enemy, Animal Collective’s innovative Merriweather Post Pavilion and Grizzly Bear’s eclectic Veckatamist. All deserve special mention and will quite rightly grace a number of other best of lists this year.

The songs are thoughtful vignettes about growing up in the reality of the post war British new town dream. It is the most consistently enjoyable album that Hayman has produced since Hefner’s demise. The songs ‘Pram Town’ and ‘No Middle Name’ are superb and ‘Losing My Glue’ and ‘Fire Stairs’ are probably the album’s standout tracks.

French disco rockers Phoenix build on their 2006 breakthourgh album It’s Never Been Like That to serve up 10 of the catchiest songs of the year, including the wonderful ‘Lisztomania’, about 19th century composer and teen heart throb of his day Franz Liszt.

More reminiscent of US bands such as Built to Spill than the British bands their members are associated with, including British Sea Power, Touchdown’s openers ‘Two Shocks’ and ‘Don’t Take Me To Space (Man)’ show just how much eccentric wordplay is crucial to the Brakes experience. 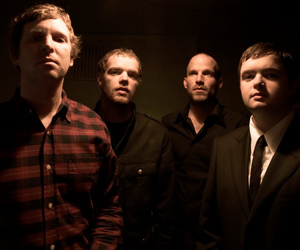 Zero To 99 continues Pollard’s run of form in 2009, and is his 6th album (in a multitude of guises) of the year. It is an assured set of Who-esque pop-rock and contains typically great Pollard songs.

5. Bill Callahan – Sometimes I Wish We Were An Eagle

Ok, so Sometimes I Wish We Were An Eagle was not written in a log cabin, but in terms of sincerity, passion, mood and subtlety it would have given Bon Ivor’s For Emma, Forever Ago a real run for its money had it been released last year.

6. The Leisure Society – The Sleeper

The Leisure Society have a sound that is hard to find comparisons with other artists. The easiest reference point is The Beach Boys, but a Beach Boys that got their sound from rural England rather than the beaches of California.

The industrious music lover who gives Bitte Orca the time it deserves is guaranteed a satisfying album, to be listened to again and again for years to come.

Neko Case has the smoky old-style country singing of a Patsy Cline as well as the girl-pop sass of a Debbie Harry.

10. The Twilight Sad – Forget the Night Ahead

In an era of where jolly synth pop seemingly rules, it is refreshing to occasionally hear some loud, squealing, introspective guitar music for a change, especially when it is so expertly delivered by the likes of The Twilight Sad.