What makes a good songwriter? For some it’s the ability to tell a good story, for others it’s a turn of phrase that succinctly captures a common emotion. For some. such as Andy Partridge, one of XTC’s chief songwriters, it is simply to draw inspiration from your own life and community.

In a  feature  in The Guardian in 2005 Partridge is quoted as saying:

“I can’t write mid-Atlantic airport lounge music. I can’t talk about my hot babe with her leather and whip or meeting my cocaine dealer. I like to write about what’s going on around the town.”

In a nutshell, he writes about what he knows. This frees his work from pretension and gives his lyrics genuine meaning. As the article later alludes, the example of Partridge puts the meaningless drivel of the likes of Coldplay to shame. Chris Martin needs to have a wander around town more like Partridge if he ever hopes to gain a song writing reputation to match his bank balance.

We’ve been having a good listen to the lyrics and construction of some of our favourite tracks recently and have decided to attempt one of our Top Tens looking at the art of the great songwriter and those whose lyrics inspire and amaze us. We’ve set some ground rules. They have to broadly fit into the indie or alternative musical world we cover, which unfortunately rules out Kate Bush. They also have to be an active song writer who is still releasing. This  rules out Partridge,  as XTC’s last album was more than a decade ago. 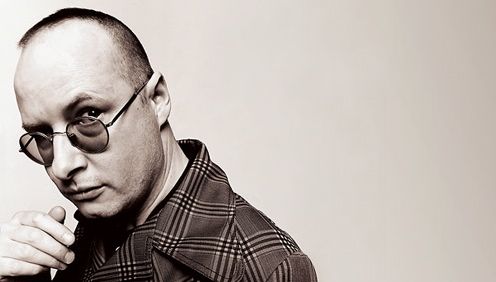 In our list we’ve some who not only write great lyrics but are expert song constructors. For some their best work is behind them but they are still plugging away. Meanwhile, for others they seemingly get better with age. Others in our list really give thought to the art of songwriting and take delight in helping fans and music lovers understand the process better.

We’ve also cheated a little. It is in fact a top 11; we couldn’t separate our top two choices so decided to give them equal first.  So with all that in mind here’s the first part of  our top ten (okay, its 11 really) song writers. To view part two of this list click here.

As singer and songwriter with 1990s act Hefner Darren Hayman already had a good reputation on the UK indie scene for producing strong lyrics and well worked songs. Good Heart, which made our Top Ten Tearjerkers list, is a perfect example of this. In this track Hayman tries and fails to convince his lover to stay with lines such as

You were just there, in the right place. You smooth out the wrinkles on my face

But arguably his best work has come in recent years, during a productive and purplest of patches that includes two albums about his native Essex (Pram Town, Essex Arms), contributions to the Vostok 5 space travel art and music project, bass playing for another great modern song writer Robert Rotifer in his band Rotifer, an album of piano ballads (Ship’s Piano) and his  January Songs project, where he wrote, released and recorded a song a day in January 2011. He is set to release an album about British lidos and Essex witch trials. 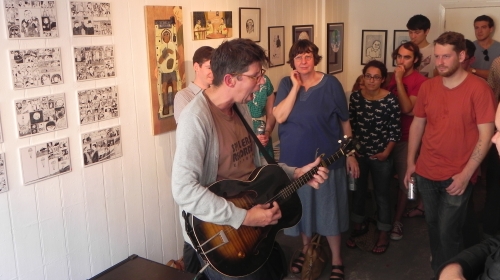 Darren Hayman at the Vostok 5 exhibition, 2011 (pic by Dorian Rogers)

It is his January  songs project that is perhaps his most impressive in terms of songwriting, in which he gave his audience a fascinating insight into the song writing process and came up with some superb lyrics and song writing that made a mockery of the short time he spent on them. I Know I Fucked Up, sung by Allo Darlin’s Elizabeth Morris and My Dirty Widow are among our highlights.

We drove to Barcelona on the road along the coast
The sun got in my eyes, we careered side to side
and now all I hear is the knocking of her heels on my casket

A final mention goes to one of his songs on Vostok 5, A Little Arrow and a Little Squirrel, about the Russian  dogs Belka and Strelka, the first space dogs to return  to earth alive. Its line

“In a cage made of metal and glass, two beating hearts, beating too fast,”

perfectly captures the perilous, unusual situation these animals’ faced and shows a willingness by Hayman to write about the most leftfield of subject matter. It is among many highlights in a great songwriting career for Hayman that is showing no signs of letting up.

Luke Haines is a different character from most of the people on this list, he has worked hard to commit commerical suicide many times in his career and he is as well known for being bitter as he is for great songwriting. But great songwriting is what he does, and it is something he did with his previous bands, The Auteurs and Black Box Recorder, and is something he continues to do today as a solo artist.

Looking back at his earliest songs, on the Mercury Prize nominated New Wave, he seems romantic and almost whistful. Jump forward to Now I’m A Cowboy and the lyrics get more sophisticated and literary with his best known song ‘Lenny valentino’ opening;

The third Auteurs album (and possibly his career defining recording) After Murder Park cranks up the bile considerably opening with the line;

To be more accurate, the single version of the song, ‘Light Aircraft On Fire’, featured the f-bomb, the album version was cleaned up, a rather perverse back-to-front decision.

His work with Black Box Recorder was (briefly) more successful and well received by the critics, but no less barbed,

“Life is unfair, kill yourself or get over it”

went the chorus to their single release ‘Child Psychology’.

These days Haines is a critically acclaimed author, two volumes published of his musical memoirs, and his music no longer infects the mainstream. That isn’t to say that he has lost his songwriting skills, far from it. His latest album about wrestling in the 1970s features some of his best songwriting, and is a surprisingly warm and nostalgic record.

Kristin Hersh has always existed just inside the fringes of American indie music scene. Critically acclaimed and successful without getting quite the same level of attention as her contemporaries such as The Pixies. Her air of quiet oddness coupled with an unpredictable performance style, ranging from whispered to screaming, marked her out as something a little bit special. 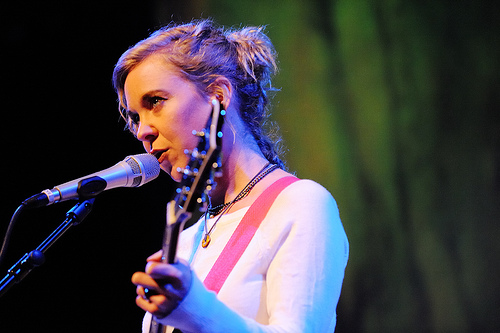 Few artists have managed to preserve a range of styles so successfully for so long. Want sprightly indie rock? Then the Throwing Muses can supply it with songs like Counting Backwards. Feel like some delicate pop music? Then Kristin Hersh solo performing Your Ghost will be right up your street. And if you’d like something a bit rough and heavy then 50 Foot Wave performing Clara Bow should fit your mood. The latter being her lyrical style in microcosm, an evocative mix of delicate and violent imagery.

This wide variety of musical styles is coupled with some great lyrical themes which leap between the personal and the surreal. She is one of the most raw and personal lyricists with her mental health, relationships and even the loss of custody of her first son being the subjects of her songs.

More than 25 years into her recording career she is every bit as exciting a performer as she was in the early days of Throwing Muses. Her perfomance at The Breeders ATP in 2009 was testament to that as she rocked as hard as any other performer that weekend.

Admittedly The Wedding Present and former Cinerama frontman David Gedge is a bit of a one trick pony. The poor chap has been singing about love and most notably loss for almost 30 years. So why is he on this list, you ask? If anything this obsession with the intricacies of relationships, of the highs and lows, the introspection, the guilt and jealousy, is his strength not his weakness, as his turns of phrase continue to resonate with audiences today. 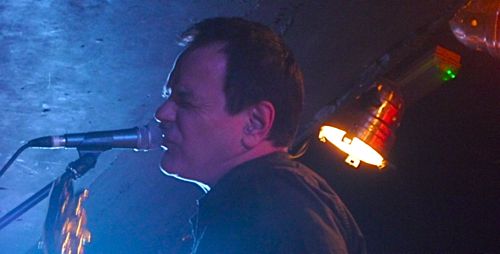 Even on latest Wedding Present album Valentina, written during recent years of enjoyable touring for Gedge, he still manages the self-deprecating aside to suggest all is not well as “everything about my so called life is boring.” Across the years this trademark bittersweet lyrical style has hoovered up fans, who have stuck with him resolutely as their own loves and losses come and go. Among our highlights are the jealous rant of My Favourite Dress from 1987’s George Best with lines such a “It took six hours before you let me down, To see it all in a drunken kiss, A stranger’s hand on my favourite dress.”

Almost every facet of relationships, of messing up, of getting it right are covered. The former in particular gets a real hand ringing from Gedge on I’m Not Always So Stupid, also from George Best, when he says:

I’ve made a fool of myself yet once again
A boy who’s been this cruel looks for others to share the blame
Somebody told me you went to work down south
As far away as you can from my big mouth
I bumped into Jane and she told me to drop dead
Oh she’s not to blame, I know exactly what I said.

The strange thing is though for anyone who sees Wedding Present live these days or follows his tweets Gedge is just about as happy as its possible to be, still living the dream, residing by the sea in Brighton and touring the world, belting it out to those who have loved and lost.

It’s typical for rock icons to play up to their ego- just take John Lennon who declared The Beatles bigger than Jesus. There are no such proclamations from Jarvis Cocker; instead he simply milks his ability to state the bloody obvious.

“I am not Jesus though I have the same initials”

Cocker’s lyrics shed light on the mundane while being emotionless. He is the raconteur of a night time world of fishnets and carrier bags in which he is a participant observer. 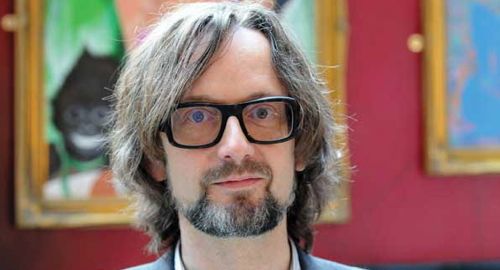 Disco 2000’s meeting with Deborah never refers to how he feels, it is purely descriptive, while My Legendary Girlfriend (“she’s crying tonight/ she has no one to hold”) only addresses his desire through questioning

Can you feel how much I want you?

His life only lain bare during Little Soul, where he receives imaginary advice from the perspective of his estranged father

I’d love to help you but everybody’s telling me you look like me/ Please don’t turn out like me.

Even when being personal he has to remove himself.

As Cocker grew as a songwriter his lyrics condensed from kitchen sink documentaries of joyriders and sex, to where ones imagination completes the story:  Inside Suzanne uses novella-like prose, whereas Roadkill is flourished with double meaning

“Your hair in braids, your sailor top: The things I don’t see any more.”

With arguably his greatest work, Common People, his effortless descriptiveness is astounding. He utilises schoolboy couplets, rhyming “pool” with “school”, and audaciously linking “I” with “eye”. My old English teacher would give me the birch for less, yet Cocker’s assured wry pulls it off. Yet once again he is detached, allowing the listener to become the narrator.

Essentially it is his ability to recreate traditional story telling. Five hundred years ago he would have been a travelling balladeer regaling provincial inns with tales of distant lands and buxom wenches – Cocker even has a signature jester dance to bring his words visibly to life – while Shakespeare would use pompous language and arty-farty imagery, *cough Albarn*.

Cocker’s song writing is working class reality garnished with outsider intellectualism. It could be you hiding in Babies’ wardrobe or raving in Hampshire, but it you wouldn’t be able to convey it with such gracious wit.