Jim Noir, aka Greater Manchester based singer songwriter Alan Roberts, has been knocking around for a few years now peddling his DIY Beach Boys take on English pop with increasing critical acclaim. We are fans here, his music is interesting and full of wonderful hooks and influences from 60s psycheldia, Brian Wilson through to 80s electro pop. 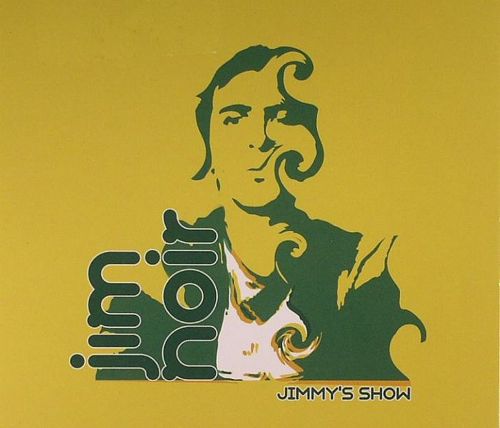 So what does Jimmy’s Show, his latest album, add to the Noir collection? More of the same sumptuous pop harmonies and nods to English pop through the ages. But there’s an added edge with this album, which is arranged in two halves; the first full of his usual 1960s whimsy and the second turning darker, more austere with more of a 1980s synth pop influence. It’s a good mix, as while I enjoy the first half, there is a limit to how many songs about the Queen’s corgis, drinking tea and driving  an Escort Cosworth I can take.

Key songs in the whimsical half of Jimmy’s Show are the album’s first single Tea, and Sunny, with typically odd ball lyrics such as “riding a bike is tricky when your stabilizers are set in stone” amid lashings of harpsichord. Ping Pong Time Tennis, the one about the Queen’s corgis, is another highlight as it takes Noir’s whimsy to Bonzo-Dog Doh Dah Band proportions, complete with Vivian Stanshall impression.

On the second half Old Man Cyril with its new wave electro sounds and the slow psychedelic folk of Fishes and Dishes are among my favourites, with the latter providing a fitting close to the album.

Noir is one of those artists like Voluntary Butler Scheme and Rotifer that use their knowledge of pop music and skill in arranging to please both musos and those that just like a good tune.  Noir may not have hoards of screaming fans after him, but he’s still a pop star to us.