Steven Adams, songwriter and frontman of Singing Adams, loves to muck around with words. On Moves, the second album by the former Broken Family Man’s indie pop focused act he plays around with clichés, messes with metaphors and delivers another set of bittersweet tales of relationships and life. 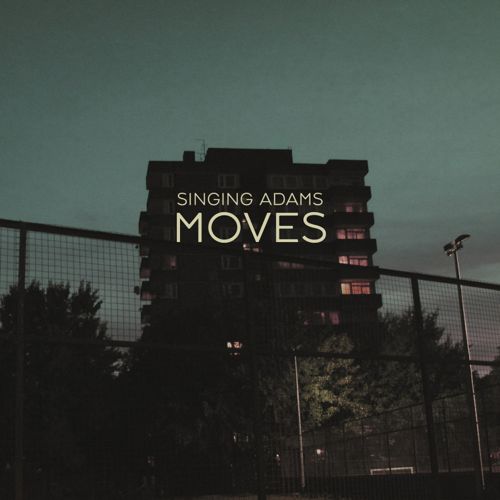 Most often he clearly delights in taking a familiar saying, digging a little deeper, adding a bit of realism and suddenly making these cozy words feel a little more sinister.

Take the track London Trocadero for example and lines such as “we try and keep our heads above water” before adding “we keep on ducking under.” The chorus also plays on this theme when he sings “I think it’s the end of the world, or its a joke I never got. Is it funny because its true or funny because its not?”

In promoting this album Adams is keen to point out it is an attempt to “make a London album.” In many ways he’s succeeded, with the tracks full of images of tiring commutes across the capital, in particular the images of trains on Theme from Moves and the social media references in Building A Wall.

There’s also some fine indie pop here, as there was on the band’s 2011 debut Everybody Friends Now, with this latest album featuring two killer singles, the jaunty Good Luck and the downright raucous Dead End.

But while these are great songs, it is the slower, more maudlin tracks that are the most interesting on Moves, with the slow electro pop of London Trocadero and the piano ballad What Happens Now, standing out in particular.

When we caught their live show in Bristol in September 2011 they delighted in playing word games with the crowd in between songs. This love of playing with lyrics coming across far stronger on this album than the band’s debut.

And as with the slower tracks on this album it was the tender, final song of the set St Thomas, from Adams’s solo album Problems (2008) that was recorded under the Singing Adams name, that stood out more than the indie pop.

Another set of thoughtful tracks and fine tunes from a band which we quite rightly named as a key band to watch out for in 2012.