Dutch Uncle’s previous album, 2011’s Cadenza, was their first for the label Memphis Industries. The album was very enjoyable but did suffer from a lack of a distinctive sound, echoing label-mates Field Music and Versailles residents Phoenix over the album of precise pop music. Out Of Touch In The Wild fares better, despite being even more of a magpie’s nest that its predecessor.

Field Music are still the most obvious comparison point but a much heavier use of keyboards on the album, and a different approach to songwriting, mark the album out from being too much of a homage to the Brewis brothers. The album also owes a big musical debt to some of the shinier 80s pop acts, this glittery pop sheen being one of the things that works best on the album. 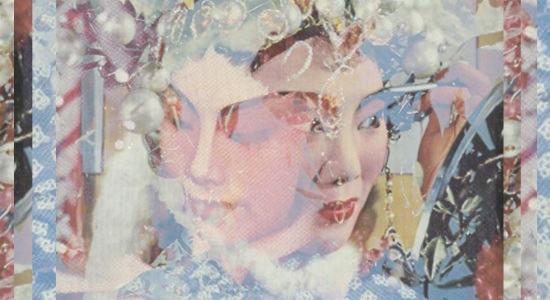 The album is of a very consistent quality, and with the ten tracks mostly clocking in around, or under, the three minute mark, it doesn’t suffer from much filler. The album’s two standout tracks come next to each other early on in the album. ‘Fester’ is driven by some wonderfully rhythmic marimbas, and wouldn’t be too out of place on a Hot Chip album. ‘Godboy’ is a classic piece of chamber-pop that suits Duncan Wallis’ high pitched vocals perfectly and demonstrates the lovely instrumental arrangements that make up the album.

Throughout the album Wallis sounds less mannered than he did on Cadenza, and whilst his vocals wont be to all tastes he is unlikely to be as divisive as someone like Hayden Thorpe from Wild Beasts. His dancing may be more of a cause for concern as the video for ‘Flexxin’, another of the album’s best tracks, shows below.

This is a slightly troubling album in that, despite the nice array of sounds on show, it doesn’t bring anything new to the party. Being a more electro-pop influenced version of Field Music may not be enough in the long term. However, this is a fresh and enjoyable album and has just enough identity to deserve a place in your collection.