Californian underground legend  Chuck sure has paid his dues and his autobiography, should he ever write one, would be a riveting read; after three decades on the road he could give even Keef  Richards a run for his money.

He first  came to prominence in the 1980s when together with Dan Stuart they were the heartbeat of Green On Red, a hard drinking, hard rockin’ blues based boogie band. They were a magnificently ragged vision of rock n roll excess, kind of like The Rolling Stones but on a Primark budget  as they cut a healthy legacy of eight albums  before going their separate ways in the early 1990s. 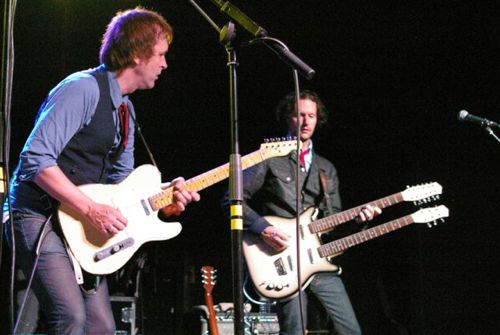 Since that time Chuck has raised hell with a who’s who of contemporary music. He released the first of his at least twelve solo records in 1990, since which time he has worked as a sideman or session musician with many artists, including Kelly Willis, Aimee Mann, the late, great Warren Zevon, Jonathan Richman, Lucinda Williams and Cake. His compositions have been recorded by musicians like Alejandro Escovedo, Solomon Burke, Heart, Kim Carnes, Peter Wolf, Kim Richey, Chris Knight and Kelly Willis.

His latest band for his latest tour of the UK are The Mission Express, an ultra impressive  bunch of killer musicians  who expertly flesh out his songs with instinctive muscle and aplomb. 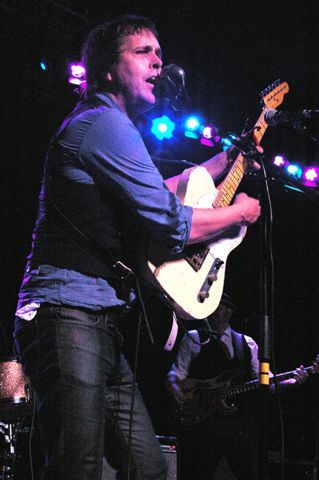 With a new(ish) album out on Yep Roc, Temple beautiful, the band fire up first time and Chuck and the gang proceed to give us a set of Springsteenesque proportions. He didn’t have a set list, more like a small novel.

Highlights included, Doubter Out Of Jesus, an absolutely riotous You Did (Bomp Shooby Dooby Bomp),  The Left Hand And The Right Hand (dedicated he said ‘to brothers everywhere, especially Liam and Noel’) and magnificent versions of White Night Big City and Who Shot John. All were glorious, and boy can he play the guitar, punctuating these bluesy tunes with economically violent solos pitched somewhere between Neil Young and Stevie Ray Vaughan. Man, he was grinning like a Cheshire cat; he was so in the zone it was contagious. 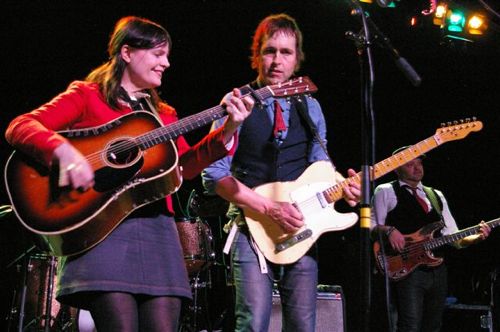 His current band are so hot you get radiation burns. On additional guitar there’s the young, skinny cool as fuck, James De Prato, on bass there’s Kevin White, a big guy with rock solid written through his body, on drums, Todd Roper, a rhythmic man machine and on Chucks right we have his wife,  Stephanie Finch who plays keyboards, acoustic guitar  and sings mighty fine country gurl vocals.

Not content with playing two  hours of primal rock ‘n’ roll, Chuck throws in some utterly brilliant covers. ‘Sorrow’, the old Mcoys tune and the one that Bowie is so associated with from ‘Pin ups’ gets a good kicking as does the classic mid seventies powerpop equivalent  of the Mona Lisa ‘Shake Some Action’ by The Flamin Groovies. The encore includes Chuck Berry’s ‘Tulane’ and most movingly and surprisingly he rips up Dr Feelgood’s She Does It Right.

What a night, and there’s still some UK dates left on the current tour, go to Chuck church, raise up thine eyes and praise him …..Hallelujah brothers and sisters ! Hallelujah !