Upon the 2010 release of this debut album, The Mynabirds songwriter and lead vocalist Laura Burhenn’s bold declaration of a desire to make music that “sounded like Neil Young doing Motown,” had the ring of a near laughable and repudiable claim that would ultimately leave the record on a hiding to nothing.

But with Burhenn’s subtle, adlibbed vocal gymnastics over the horn swirling outro of opening track ‘What We Gained In The Fire,’ there is encouragingly early evidence that the aforementioned quote would perhaps not look so rash. Then after just three or four tracks it is evident that Burhenn’s delightfully rich and sonorous vocals across these soul inflected pop nuggets go at least some way to making her statement seem entirely justified. 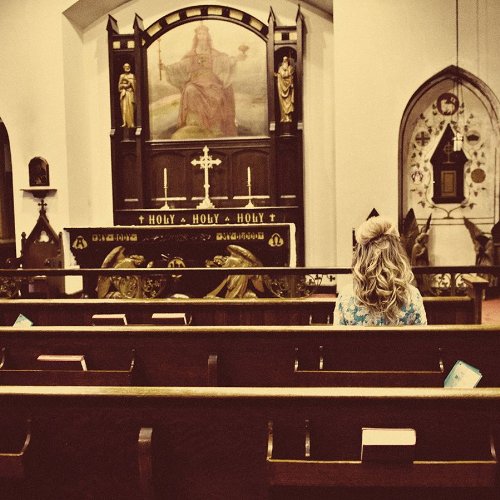 Originally a member of Georgie James, Burhenn has taken up the moniker of The Mynabirds, (incidentally, a spelling amendment aside, the same name as a short lived band from the mid-60s featuring Neil Young which, ironically, was actually on the Motown label) and one can only think that her time in the Washington DC duo was spent as an artist trying to find her voice. With this record that feat has truly been realised.

The pounding honky-tonk piano of “Let The Record Show” infuses the album with a frenetic energy at odds with the generally slow and contemplative mood while “Numbers Don’t Lie” contains 1960s girl group influenced “Oh La Las” at its bridge and a gospel soul chorus that sounds so familiar as to have the feel of an old standard. In similar vein, “Give It Time” contains another rousing, soulful chorus and Burhenn’s voice is perhaps at its most impressive as it powers above the sparse arrangement.

While any reviewer of this album would be hard pressed not to make too many mentions of Burhenn’s singing, (a voice that exists perfectly on a scale somewhere between Dusty Springfield and Linda Ronstadt) the production and playing efforts of Richard Swift have to be similarly commended. As well as providing synthesisers, guitars, bass and percussion, Swift tastefully embellishes the arrangements with strings and horns where necessary and always prevalent is a knowing subtlety that, instead of demanding attention, serves as the perfect palate on which Swift can get the very best out of his central player. 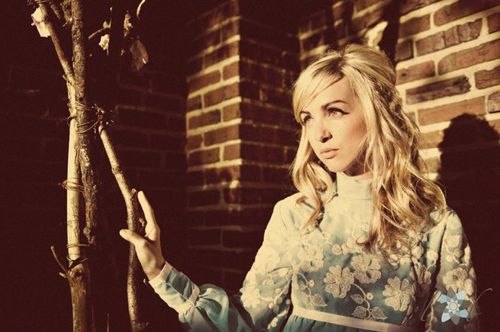 ‘L.A Rain’ is the highlight of the album, its seductively meandering strings and reverbed guitar chops anticipating the arrival of the record’s most immediate and enduring chorus. Though imbued with a slight tinge of remorse, the album’s general theme seems to be that of acceptance and seeing hardship as necessary stepping stones in the move towards eventual contentment; ‘Wash It out’ shares the sentiment “Pinning the blame on someone never made much sense,” and following track ‘We Made a Mountain’ contains the lyric “Regret doesn’t undo a single thing, I hope you’re happy today,” which Burhenn joyously repeats at high register within a salvo of horns at the song’s close.

Though in thrall to the vintage aesthetic of retro pop and soul the production of this record clearly is, the assuredly honest and earthy potency of Burhenn’s delivery and songwriting class steer the Mynabird ship on a path that comfortably avoids anything approaching pastiche. In fact, there are nuances and touches of modernism that provide a contemporary spin on proceedings: ‘Right Place,’ for instance, features an accessible piano riff somewhat reminiscent of Coldplay’s ‘Trouble’ and a hooky chorus that wouldn’t appear out of place on any modern pop record of worth.

What We Lose In The Fire We Gain In The Flood is a short but very sweet affair, it clocking in at little over the 30 minute mark and it is one of those rare albums whereby the quality of each song doesn’t compel the listener to skip any of its 10 tracks. A standout of Nebraska based record label Saddle Creek’s considerable output, this debut deserves to be mentioned alongside the likes of Bright Eyes’ I’m Wide Awake It’s Morning as amongst the cult indie label’s finest moments. Neil Young doing Motown is a notion of which we will never know the result; would it have sounded anything like what Burhenn has offered us here? Who cares when her music is this good?