Every few years Field Music’s brothers David and Peter Brewis venture into solo waters; Peter in 2008 with The Week That Was and David in the same year and this year with School of Language.

At times its hard to distinguish these different acts, all are unmistakably Field Music and David’s second School of Language album Old Fears is no exception, with his brother as well as other Field Music regulars also contributing. 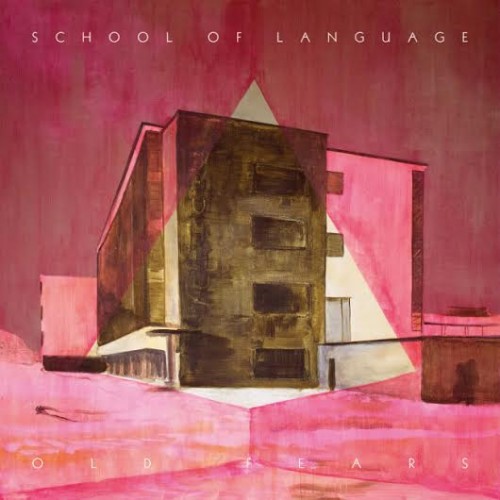 But there are some small, notable differences. Field Music’s more recent releases have a greater focus on guitar interplay and a 70s production, whereas The Week That Was and School of Language have more of a 80s feel to them, with the latter venturing into pop funk at times.

On this latest School of Language release David Brewis is even channelling his inner Justin Timberlake, particularly on the slick track Dress Up (see the track’s excellent Talking Heads style video here). He admitted to The Quietus recently that rather prog and inventive rock by the likes of XTC and King Crimson, it is the pop of Shalamar and Prince that are his key influences on this album.

There is indeed some great pop on display, with Between the Suburbs and Dress Up in particular standing out. But the album still lacks the knockout killer pop blow that was Sea From Shore’s Rockist Part 1. That track’s beatboxing vowel intro proved a highlight of that debut but thankfully there’s still some similarly inventive vocal work on this latest release, most notably on the track Suits Us Better.

Despite the pop feel to Old Fears, the Field Music progressive rock sound is not far away and there’s still plenty of the King Crimson and XTC-esque guitar trickery that has typified Field Music’s most recent releases,  especially on tracks such as Distance Between, Small Words and A Smile Cracks. The production though is far cleaner, dazzling with a Top of the Pops 1983 shine rather than chin stroking with a Top of the Pops 1975 straggly-haired prog rock vibe.

The main point to get across when reviewing this album is that, yes, it is a solo off shoot project from a much loved band, but no, it is no diversion. It has the same core Field Music sound that has garnered a growing fan base and a Mercury nomination (for 2012’s astonishing album Plumb), albeit with a slower, relaxed, chart friendly groove.