What a way to start the festival season. Welcome to this year’s Bearded Theory festival, on a new site with new improved camping facilities, hot and cold running vegan mudslides, a disco shed and a fire-juggling field for the kids. 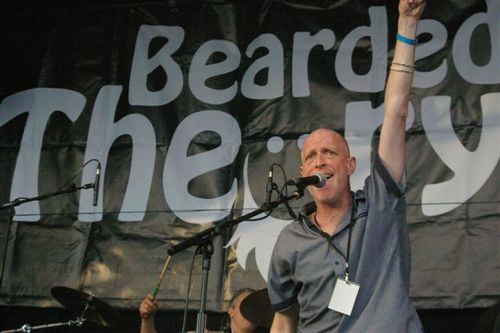 It’s a place where men are sometimes men dress up as Dame Hilda Brackett and women wear poorly glued on beards. Tattoos are popular, Spiderman costumes are this year’s fashion statement and Jaffa cakes are £2.20 a packet, but you can pick up a Betty Boo album for fifty pence. This year the beer flowed like mud and mud flowed like beer, with occasionally the two getting mixed up. This is where cider consumption is an Olympic sport and dreadlocks on white blokes are back in like it was 1995. Yes, it’s like Woodstock on cider, the freak flags are blowin’ in the wind, and the Rizla man is making enough money to buy his own yacht. 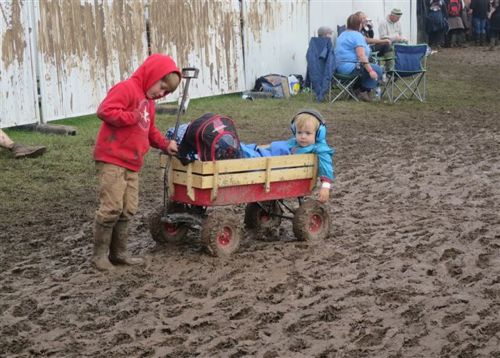 Above all though it was mud, mud, bastard mud that took centre stage at this year’s event. After days of rain the site became a small scale Somme battlefield, where feral children fell into deep holes, never to be seen again. Meanwhile middle aged men in threadbare Neds Atomic Dustbin T-shirts were seen scrabbling about looking for their wallets as stressed out not very yummy mummies toiled through thickly congealed goo, pulling fully laden trolleys containing large families of mud splattered kids and what seems their entire worldly goods from one side of the stage to the other for no discernible reason.

To add to the brown wet scene was a fairground big wheel creaking round on its merry way and a Slade  lookalike band resplendent in glitter and 14 foot high glam rock boots nonchalantly sauntering around. 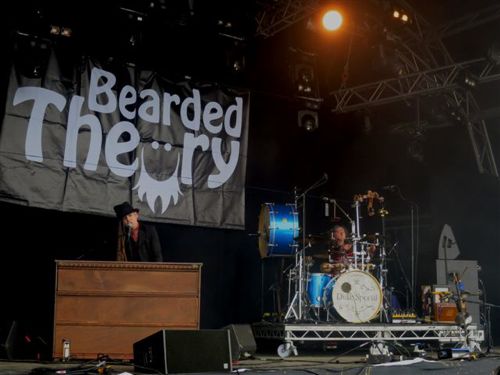 There was music too. Duke Special did a version of Joy Division’s Love Will Tear Us Apart as their piano fell to bits and the still mighty Dreadzone caused man-made climate change and actually managed to make the sun come out. The legendary Wilko Johnson was absent due to his ongoing medical treatment but was ably replaced by Reverend and the Makers.

A trip to the Tornado Town stage proved the best move especially as we discovered The Autonomads, who were on the bill. They’re young (ish), noisy, punky and fucking angry. There’s no sitting on the fence with these bods, they don’t like fascists (or anything really), imagine Steve Albini meets The Selector. We danced, we whooped, we stuck to the floor and had to be prized out of the mud with an industrial digger, all good fun though. 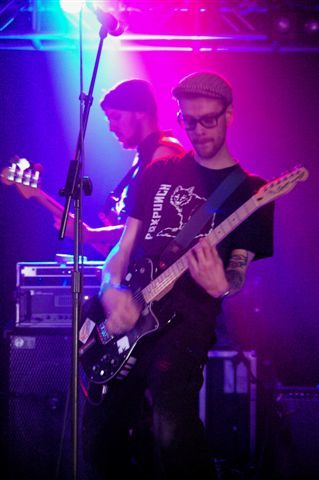 The Stranglers strangled it, Peter Hook shone the light, Fishbone got stuck in the throat (but in a good way), Mark Chadwick from The Levellers made an appearance, as did the sun for about 2.4 minutes on the Sunday.

Rare sightings of Carter the USM, Shane Macgowan and Pop Will Eat Itself, all made for a bit of a retro fest, but new blood ably resupplied from Ferocious Dog and Merry Hell made for a triumphant weekend, despite repeated attempts by the weather gods to rain on our parade.