Prior to any festival, is it me or does every song you hear on the radio seem relevant to the possible weather options awaiting you? In the week before Greenman I unfortunately heard amongst many, Only Happy When It Rains by Garbage, She Brings the Rain by Can and Before the Flood by Bob Dylan.

Were these dreadful cosmic portents ? Or just unfounded climate based fears? Fortunately the latter, because apart from a little rain on Sunday morning it was unusually fantastic weather for Wales. 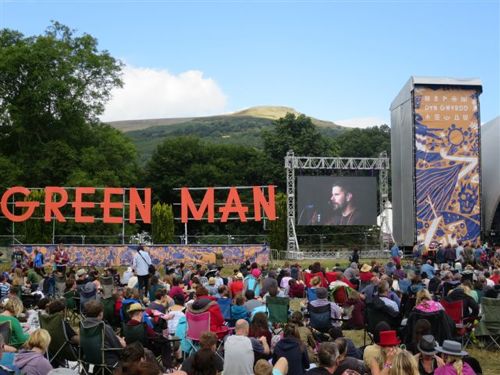 A sold out, grinning crowd of 20,000 descended like hippy bees to the musical honeypot that is the Greenman Festival, greedily anticipating the honey/music analogy I’m trying uselessly to express. Another line up of mind melting music awaited the faithful. Tent up, boots on, beer ready, let’s go.

Starting with some laid back beats from Babe in the Walled Garden, this act were kicked asunder by some kick-arse-moody-quiet-loud sonic mayhem from our Neonfiller.com favourite Happyness. They probably frightened a few of the more sedate members of the Walled Garden community, who were ensconced in deckchairs and seemed to think they were at the seaside. 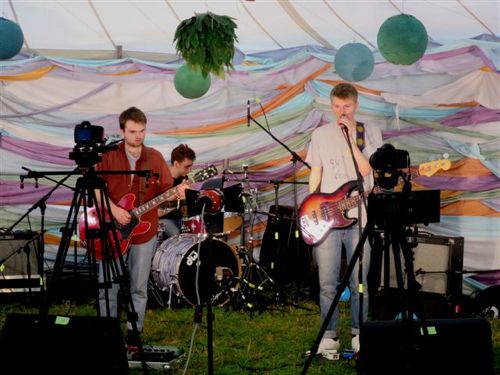 Later in the evening Tuung were a revelation. They played a set of joyous, happy-clappy pop that was reminiscent of The Go Betweens. Tuung hadn’t played here for seven years, and were received mightily as they performed the the aural equivalent  of a chocolate box of love (minus the horrible coffee creams). Been here six hours, mind blown already.

Hailing from North Carolina, supercool skinny guy in shades, Jonathon Wilson and his band, cherry pick beauties from his first two solo efforts. Both albums of his proving conclusively that he’s one of the best singer-songwriters currently on the scene. Most impressive tonight were his rendition of Desert Raven with it’s lovely, lilting melody and his stunning lengthy version of Valley of the Silver Moon, complete with a staggering guitar solo that could have melted the South Polar ice shelf. Another name to be to added to the great pantheon of West coast, Laurel Canyon luminaries.

On the other hand Mark Kozelek and his band Sun Kil Moon, who’s current album Benji is the latest instalment in a body of work that goes back to the 1990s when he was the frontman for the Red House Painters, proved to be slightly disappointing. Kozelek writes confessional lyrics that can bring you to tears. It is unfortunate then, that where he usually surrounds himself with an acoustic backdrop in the studio, this afternoon the band want to be Metallica, the mix is too far in favor of the instrumentation when it should be the other way round, his vocals are barely audible in the sound man’s migraine of recorded sound. Oh well, let’s move on.

Toy only have one song. Fortunately it’s not that bad even if it feels like it goes on for five days. Better by far were the much lauded Policia. Access into the Far Out Tent for their set was impossible without a crane and winch. It was absolutely rammed and rightly so due to their polished and well executed happy Portishead vibe. The Augustines, however, are the polar opposite. Brash American, anthemic-punk, full of bravado but unfortunately not full enough to keep me from my bed as this correspondent collapsed from exhaustion and combined white wine overdose only to be awoken at 2am by what appeared to be The Ministry Of Sound next door, kids nowadays etc. 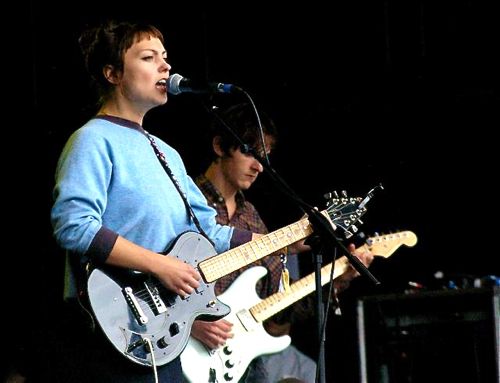 Saturday saw tremendous performances by the tiny Angel Olsen. Don’t be fooled by her demeanor, you wouldn’t get into a fight with Angel, not if her lyrics and psychotic country and western stage presence are anything to go by. Also covered by the word ‘riveting’ was Sharon Van Etten, slightly more rocky and atmospheric than Angel but equally fabbo.

My annual ‘ getting blown away by someone you’ve never of’ moment came at teatime as I strolled past the Cinema tent. Inside playing against a ludicrously trippy montage of images and films were a three piece called Thought Forms. If you like the Acid Mothers or Ride or Sonic youth or just the sound of out of control visceral guitars crashing into skyscrapers at 500 mph this was it. They’re from Bath, they’ve been going 10 years and are incredible.

Also on Saturday the beautiful Viv Albertine was interviewed in the literature tent, she has an incredible story to tell. An original member of the first all girl punk rock group The Slits, she recounted tales that were funny, frank, and touching of her formative years hanging around with the Sex Pistols and The Clash. She spoke of her band and all the shit they had to put up with over the years, her battle with cancer and 10 years of IVF treatment. It’s all documented in excruciatingly painful detail in her autobiography ‘Clothes, Clothes, Music, Music, Boys, Boys’. Go buy a copy of ‘Cut’ the slits debut as well, it still sounds fresh as a punk daisy. Just a lovely, lovely lady. 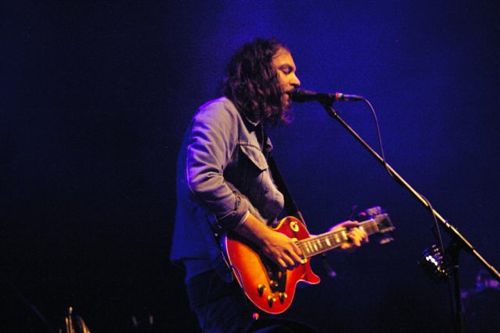 War on Drugs and Mercury Rev were a headlining double whammy of mellow psychedelia. The former have changed beyond recognition since their last appearance a couple of years ago, embracing a more upbeat, throbbing, euphoric guitar driven, Byrdsian vibe. But as good as they were though, Mercury Rev had the edge and were just stunning as they recreated their 1998 opus ‘Deserters songs’. Led by their enigmatic frontman John Donahue, they were uplifting and heroic, heartbreaking and delirious and a perfect end to a perfect day.

Sunday, and a sprinkling of rain slowly gives way to increasing sunshine, the phreaks emerge from their womb like tents, bleary eyed and dazed and confused we do it all over again, but everybody experiences the Sunday at Greenman slowly, in a haze, there’s no rush, take it easy maaan. 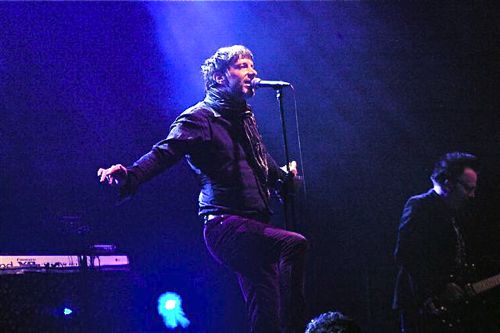 A lovely way to wake up was in the presence of an all Welsh band called 9 Bach. They sing in Welsh as well but it is no barrier, indeed it only emphasized the ethereal nature of the music. Think Clannad but a GOOD Clannad. In the afternoon Nick Mulvey drew down the ghosts of acoustic Gods John Martyn and Nick Drake with his lovely, delicate and often percussive guitar stylings. Rains in the Walled Garden rocked gently but with great aplomb, Other Lives from Oklahoma were perfect for a balmy sunny Sunday playing dustbowl folk blues with great passion.

I got attacked by Wilma Flintstone at teatime, said goodbye to Marvel comics next potential superhero ‘Incontinent Battered sausage woman’, got a slight migraine courtesy of Anna Calvi and her incessant screaming guitar, had some more crumpets, finished of the Bourbon, missed Bill Callaghan, had a go on Oxford university’s astronomical telescope in Einstein’s Garden, saw far too little of The Deep Throat Choir and for some apparent reason bought a tin of HP baked beans. Greenman you spoiled us (again), can you do it again next year please?!