This latest release by Darren Hayman is perfectly timed for election year, offering a powerful reminder of the too often forgotten ideals of community, workers’ rights and friendship, as we gear up for voting.

As those who have followed former Hefner man Hayman’s solo career will know, his releases are varied and involve a strong attention to detail. From an instrumental album about lidos to a trilogy about Essex, including its shameful witch trial past, he immerses the listener in his diverse work.

This latest album is no exception, with Hayman taking a pamphlet of idealistic chants from Victorian socialist William Morris as the source material and delving deep into its lyrics and ethos. 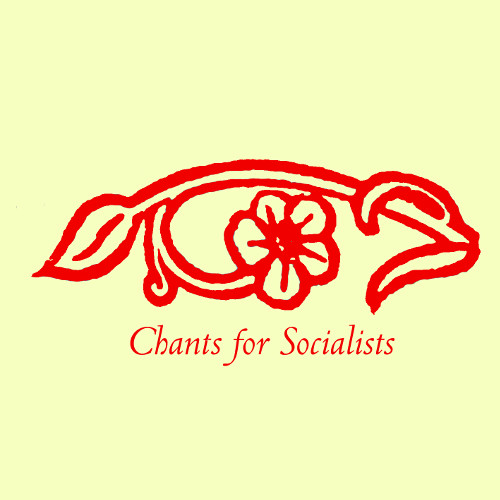 A key feature is the strong socialist ideal of togetherness, that united workers and families can rise from their sorrow and defeat the evils of greed and capitalism. On this album Hayman has used a choir of people local to Morris’s former homes to convey this ethos. He even recorded their parts in these  homes: Kelmscott House in Hammersmith as well as the William Morris Gallery in Walthamstow.

In addition Hayman traveled to Kelmscott Manor, Oxfordshire, to use Morris’s own piano for the album. And if that wasn’t enough Morris’ s letterpress was deployed to hand print limited vinyl editions of this release.

But while such details are important, this album should live or die on its music. Thankfully time has been taken over the songwriting as well. When Morris’s chants  require sadness Hayman is there to supply the right melody, particularly on the heartbreaking The Day is Coming. When a sense of optimism is needed he pops up with a smart guitar riff and infectious melody for May Day 1894. This is the album’s standout track and would be a sure fire hit if we happened to live in an alternate reality where a bloke from a 1990s indie band putting music to a  19th century political pamphlet is the secret of success.

To keep the songwriting fresh he’s also drafted regular collaborators and friends Ralegh Long and Robert Rotifer. Long’s tender songwriting style lends itself wonderfully to The Message of the March Wind, which may just be my favourite on the album.

Rotifer offers up his 1960s influences to good effect on Down Among the Dead Men, which sounds a little like it’s from a lost Ray Davies kitchen sink drama soundtrack.

But Chants for Socialists doesn’t always play to its strengths. The choir is chief among its assets but at times it feels too understated in the mix, more St Winifrids School Choir than the voice of a strong community. When they sing “We Will It”, on The Day Is Coming, they sound like they can barely muster the will to make a cup of tea let alone the will to “open wide the door” and send the “rich man” packing in “hurrying terror.” When the choir is used well the results are remarkable, such as on on the bold opener Awake London Lads, on the intro to A Death Song and their backing vocals on Down Among the Dead Men. I’d like to have heard more moments like those on this album.

Another strength is the array of musicians Hayman is able to call on. Nathan Thomas’s french horn addition to The Message of the March Wind and Down Among the Dead Men is really powerful but across the album he has been used far too sparingly.  The emotional pedal steel playing of Jack Hayter, who is also a former Hefner member and still a regular collaborator of Hayman, is a notable absentee on this album too.

There’s a book we frequently reference on this website called Electric Eden, by Rob Young. This charts modern folk music from its roots in Morris’ time through to the modern day. What Hayman is doing here is Young’s very definition of folk, taking traditional material from one era and recreating it in another. With our own modern May elections fast approaching I hope that the ideals of Morris and this album filter through in some way to the polling booths. It’s a slim hope though.  I also hope Young hears this album and considers including a section on Hayman in any forthcoming revision- he certainly deserves it after the effort that has gone into this.