It is hard to say what 2015 will bring, or indeed just how many records he will release, but the release of his first album as Ricked Wicky is a pretty stellar start to the year. 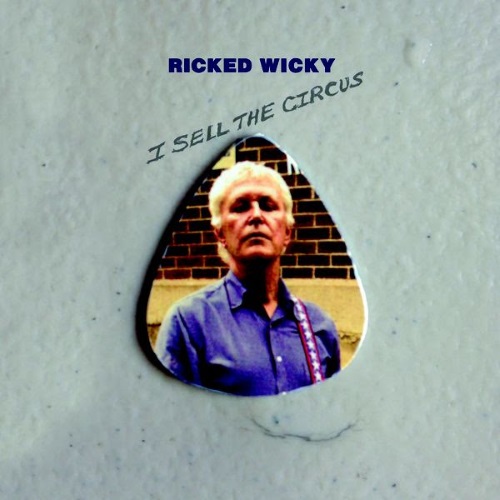 I Sell the Circus sees Pollard teamed with regulars Todd Tobias and Kevin March as well as Dayton based cover band professional Nick Mitchell. It also sees him producing my favourite non-GBV recording since he called it a day with Boston Spaceships.

It is a remarkably consistent, by Pollard’s standards at least, with no duff tracks on the album. It is also a very well sequenced album, with no risk of front loading the standout tracks. These alternate universe radio favourites are peppered through the album and surprisingly strong for an artist roughly 1 billion tracks into his career.

The attractively titled ‘Piss Face’, completed with distorted slide guitar, is the kind of off-kilter rock that Boston Spaceships exceled at. This is followed immediately by the acoustic ‘Even Today and Tomorrow’ which is what Love might have sounded like if they were fronted by a sozzled former school-teacher rather than Arthur Lee.

‘Frenzy of Blame’ is the most obvious “pop song” on the album, and in the great tradition of Pollard casually throwing in a classic two-thirds of the way through an album. To the converted this will come as no surprise but whether the uneducated will ever take the time to listen to this album is another question.

Pollard is surely at peace with his place in the musical world, his days of employing star name producers to push his albums a distant memory. In fact he sounds like he is having more fun on this album than he has for a long time. Album closer ‘A Real Slab’ is a case in point as Pollard and co. knock out three and a half minutes of the best Who song the Who never recorded.

If Pollard was to bring out a dozen even better albums this year it wouldn’t be a surprise, but if this is the last record we see from him in 2015 it would be more than enough.