Stick in a Pot’s last album 2011’s A Number More Than Nothing At All impressed us so much we invited them to play at our first Neonfiller.com gig in Brighton. They didn’t disappoint as band leader Piers Blewett and his ensemble took us through an engaging set of indie-folk. 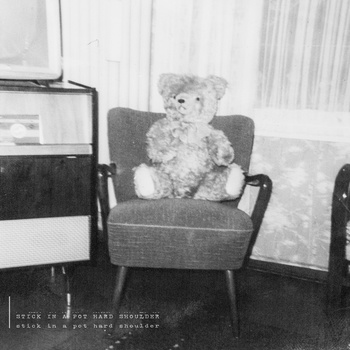 Since then band Blewett has also been releasing under the moniker tiNhearT and is now back again as Stick in a Pot, complete with a eight strong troop of musicians if this taster single from their forthcoming second album is anything to go by.

The verdict? Hard Shoulder  sounds just as impressive as A Number More Than Nothing At All’s tracks, with a lovely indie-folk melody supplemented well by the ensemble cast  that also includes a horn section.

Among the extra tracks Your Public Awaits, which showcases Blewett’s distinct, whispering English folk vocals well, is among the high points as is the prog-ish phazer of Farther I Find.