From the off there’s a real sense of fun on this follow up to 2013’s Home Taping by Robert Halcrow, aka Picturebox.

Now part of the Gare Du Nord stable of artists Canterbury based Halcrow has retained his lo-fi roots but this has more of a full band feel with Alex Williams, Ben Lockwood and Ian Button (Papernut Cambridge) joining him for this hugely likeable slice of guitar and synth pop. 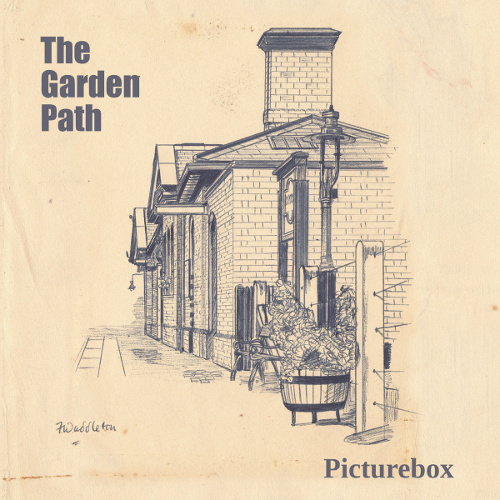 Opener A Nicer Man, with its Blur like turns of phrase, such as “he’s unflappable, Mr affable”, sets the scenes well as the pop tunes that follow like Graffiti and Happy Ending show a keen ear for melody. Fancyman, a theme to an imaginary 70s sitcom and involving music technology students from Canterbury College, is another highpoint.

It’s not all fun though, there’s a bit of an awkward bitter lover monologue on In Yr Dreams 2Nite that provides a sombre interlude among the jollity. While jarring it is perhaps necessary though as he gives a sense of reality to an otherwise whimsical album that after all is inspired by Canterbury, which has its share of real life problems beneath its Medieval veneer.

For those that enjoyed his Graffiti EP, which we reviewed late last year, this nine track album offers  a more than welcome chance to hear more from an artist that deserves to be heard far beyond Canterbury’s city walls.