After a double whammy of Jackson Pollock and Andy Warhol at the Nottingham Contemporary Art Gallery it was then on to the Rescue Rooms to see Australia’s latest sensation, the irresistibly dour Courtney Barnett. 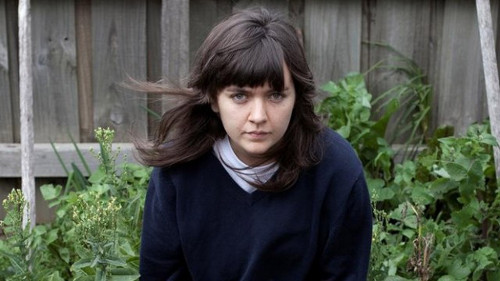 You like words? She’s got a whole dirty mouthful of them, most of them about feeling vulnerable. Her lyrics are like listening to her casually articulating an inner monologue but done in such a charmingly throwaway manner that tonight’s sold out show becomes a heaving screaming adulation-athon.

The next day I feel like I have a large hadron collider inside my head. It was a great gig but I had reservations – namely that the drummer and bassist want to be Nirvana, which meant Courtney’s fabulous lyrics get lost in the rock. That’s right I said rock, as there was me expecting a caustic Joni Mitchell, but instead she came across as more like Patti Smith doing Lou Reed’s Rock n Roll Animal. At least her track Depreston sounded recognisable and Avant Gardener was a blast.

Courtney has presence, she can write the best lyrics I’ve heard for many a year, she’s going to be huge and best of all, she appeared in my dreams last night as Arya from Game of Thrones, instead of a guitar she had a sword and she stuck it right in my heart, it’s still there now. Meanwhile, back at Winterfell.