There’s something so wonderfully precise about Villagers’ frontman Conor O’Brien’s voice. Each line is told with such clarity and on this, their third album, the messag O’Brien wants to convey is loud and clear; this is a love album and one made by a gay man from Ireland. 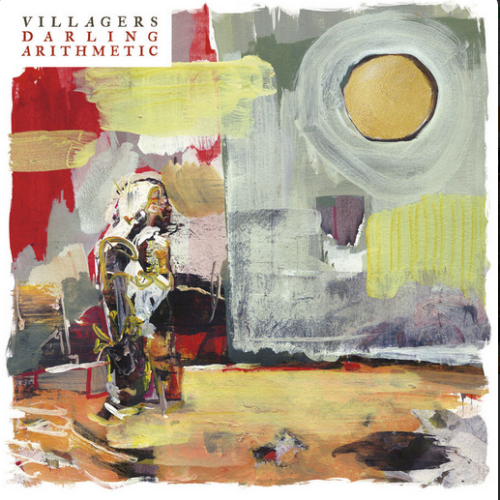 So while it is sort of a ‘coming out’ album, there’s far more too it than that, with romance rather than sexuality taking centre stage. As he told the Irish Times in an interview  in April “it’s not a news story: Man is gay” adding that he wants  Darling Arithmetic to be seen as a “human love album because everyone in the world feels those emotions at some stage.”

That is clearly laid out on Hot Scary Summer. Yes there’s mention of the “homophobes” he and his partner encounter, but the real story here is that it’s a break up song. Two men in Ireland encountering prejudice together, only to break up. The overwhelming message here is heartbreak not sexual politics.

Musically as well there’s a clearer sound, with Villagers first two albums feeling very much like full band affairs and crowded as a result. Here it is essentially just O’Brien, his guitar and some slight, added instrumentation. It works better as a complete album as well, with Becoming a Jackal and Awayland having great tracks but lacking consistency. Here for the first time O’Brien has delivered a consistent listen from start to finish with its similar pacing and romantic themes. There’s even some career high tracks to rival Becoming a Jackal’s standout Home. Here the opener Courage, just O’Brien and a gentle, simple strumming, reveals itself to be a pop song of sorts, with a melody that sticks with you long after the album has finished.

After three albums O’Brien finally seems to have settled on a sound to do justice to his undeniable talent as a song writer.