The Scottish Indie pop band were among those to appear on NME’s classic cassette compilation C86 but while their track Firestation Towers was among the best, it was not an elite track of the kind that propelled others featured such as  Primal Scream to success.

While Firestation Towers’ guitars were certainly jangly, they didn’t have the intensity of The Wedding Present’s version of This Boy Can Wait on C86. And while there was a quirkiness to the lyrics and style, that sense of originality was already being triumphed on C86 by Half Man Half Biscuit’s I Hate Nerys Hughes.

This comparison with others was to typify their short career. Despite being a good indie pop band they could never quite push themselves beyond the indie charts as others managed to, although for a brief period they did enjoy some small success in the American College Radio scene. 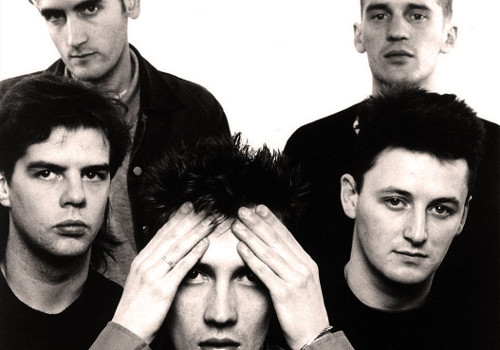 Lloyd Cole, who Close Lobsters singer Andrew Burnett bares a close vocal resemblance to, is another contemporary who enjoyed far greater success. While Cole too had a similar focus on quality guitar pop, his far greater awareness of mainstream appeal carried his heard above the parapet in ways the Close Lobsters couldn’t.

Nearly 30 years on its reappraisal time for the band, which reformed in 2012 to settle into the indie heritage circuit, through this huge 39 collection featuring their two albums Foxheads Stalk This Land’ and Headache Rhetoric’ as well as ‘Forever, Until Victory! The Singles Collection’.

Listening to many of these tracks for the first time I feel a little guilty for letting them pass me by at the time. While I was busying myself collecting the latest by Half Man Half Biscuit album I simply failed to notice The Close Lobsters. That was a shame as here they were a quality act, with some great tracks that arguably deserved more acclaim outside their indie charts home.

Nature Thing, on Foxheads Stalk This Land and also released as a single ,would have been just about my favourite song of 1987 had I heard it back then. And on Got Apprehension, from the same album, there are some fantastic guitar arrangements that deserved a wider audience.

As the collection progresses I was pleased to finally here their original version of Let’s Make Some Plans, which thanks to the Wedding Present covering it for the B-side to their Top 20 single California, was their highest charting song.

Astonishingly across its 39 songs there is not a single duff track, even their cover of Neil Young’s Hey Hey My My has merit.

Given the fierce competition for attention amongst the UK’s 1980s indie scene it is a shame Close Lobsters were missed by many, which is why this latest chance to hear them again is so important.