Any festival is only as good as your viewing choices, and this is especially true of a multi-venue festival such as The Great Escape. If you choose to watch some of the not-so-great acts, missing out on better acts elsewhere, then you have nobody to blame but yourself. However, if you take random(ish) choices as an overall guide then I think it is unlikely that this 10th anniversary Great Escape will go down as one of the vintage years.

Very little stood out as being particularly new or different this year, and a lot of acts were so middle of the road that the whole thing was in danger of becoming a traffic accident. Nothing I saw hit the highs of Parquet Courts or Phosphorescent from previous years and although one of the best live acts I’d previously seen at the festival, Django Django, were playing it was their third appearance here and nothing to get excited about.

My underlying sense of ‘meh’ with the weekend was probably caused by a combination of jet lag and a reaction to a band as bad as The Vaccines being the festivals secret special announcement. I have no desire to be a killjoy, and everyone else I’ve spoken to loved the weekend, so in the spirit of positivity here are some of my personal highlights. 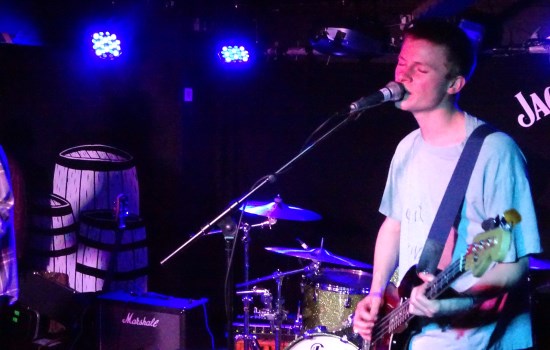 Happyness released one of the best albums of last year and are one if the most likeable live acts I’ve seen in a long time. Their catchy homage to the best bits of 90s indie rock sounds as good as ever in a cramped Sticky Mike’s and the non-album tracks they play have me itching for their next release. 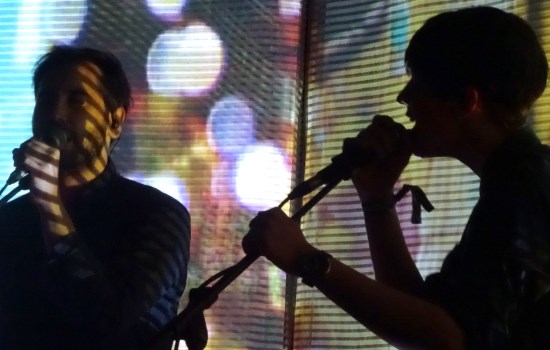 Slightly sombre European electronica is something that you are always guaranteed at the Great Escape, and this year was no exception. The Unitarian Church is one of the more reserved venues on the circuit, but it was a good match for French duo Saycet. This wasn’t a hugely upbeat affair, but it sounded pretty good to an attentive audience. 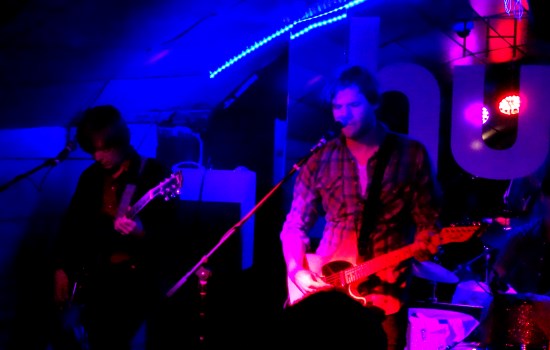 A listing error meant that a trip to check out Popstrangers, in the recently branded Hub, actually meant a set by Sons of Bill. This was the cause of some confusion to those expecting antipodean pop and getting some guitar heavy US country rock. For those that were there by mistake it turned out to be a happy accident as quality playing and appealing tunes made this a very satisfying way to spend the afternoon. 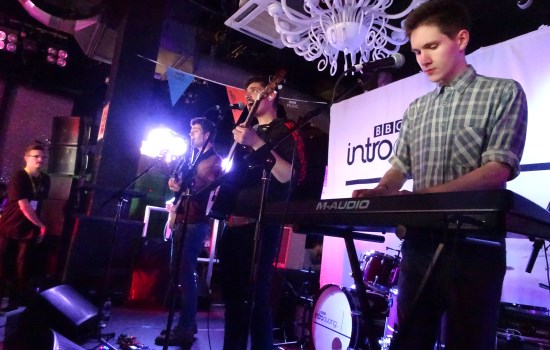 C Duncan may sport some unwise facial hair, but his likeable tunes and genial performance more than make up for it. His performance is a little low-key, and it is hard to tell exactly where his career will go from this show, but he is definitely somebody to put on the “ones to watch” list. Brighton’s own Fatcat records saw enough in the classically trained Scot to sign him up and I’ll personally be keeping an eye on his progress. 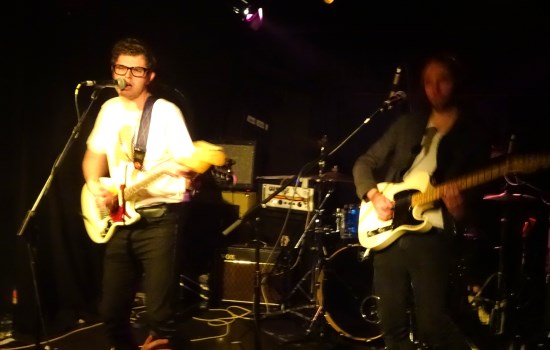 I’m not somebody who cares hugely about originality, borrowing is an essential part of pop music, but I do wonder why you’d wear the Weezer glasses if you sound this much like Weezer. And when Get Innuit don’t sound like Weezer they sound like Cloud Nothings, another band with a singer that sports Buddy Holly specs. Eyewear decisions aside they sound pretty good and it is a really fun set of songs, and if you are going to have obvious influences I can think or worse places to start. 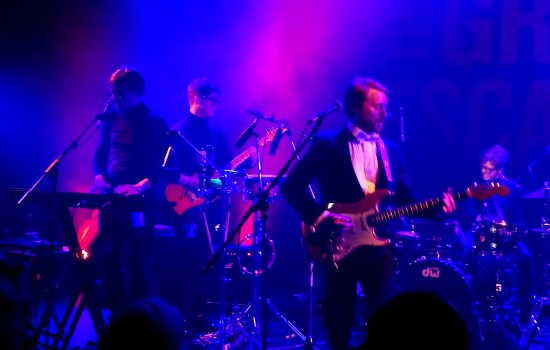 SLUG are the work of Field Music bass player Ian Black and their debut album was good enough to lift them above the side-project category and establish them on the festival list for 2015. The songs are great and Ian Black is a surprisingly gifted front-man with a great voice and some proper axe-an skills. The backing band are uniformly great, featuring both Brewis brothers, and the whole set sounds wonderful. I’m already looking forward to seeing them play again at the Green Man festival in August. 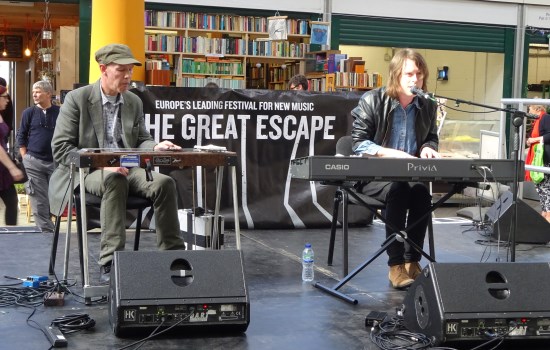 The Independent Label Market held in the Open Market was not as huge success, and footfall for the labels who set up stalls was disappointing. I hope that this feature of the festival is repeated next year, but some thought from festival organisers on how to get crowds down this end of town is needed if it is repeated. It was also disappointing for the acts that played on the market stage throughout the afternoon, with only a handful of passers-by stopping to watch some quality sets. However, for me it was great to see the guys from Gare Du Nord on their stand and Ralegh Long’s songs (accompanied by Jack Hayter) sound great even if there isn’t the biggest audience to hear them. 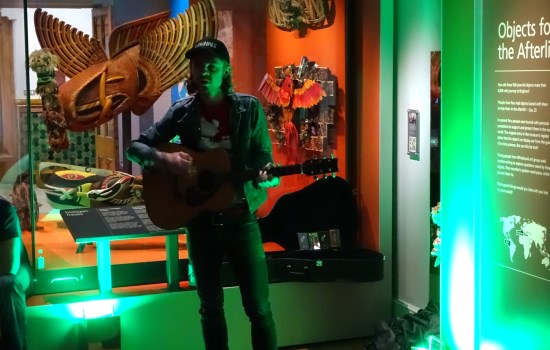 One great feature of the festival is getting to hear live music in a wide range of venues, some that I don’t visit at any other time of year. Something new for me in 2015 was getting to see the Brighton Museum used as a setting for a range of acoustic acts. I was largely bemused by the popularity of openers, the Dunwells, who got the biggest applause of the evening. They clearly had some talent, but they looked and sounded just like a group you’d see getting voted out in the later rounds of the X-Factor and they left me pretty cold. Much better was the soft folk of Low Pines and the endearingly cute Japanese pop duo Moumoon who provided one of the most charming sets of the weekend.

The risk of a multi-venue event like this, with so many acts and so many styles, is that you’ll not always see the best it has to offer. This year I don’t think I saw the best of the festival, but I still saw enough great music to make the time worthwhile. The Great Escape is still one of the best value musical events in the country and I’ll be back again next year searching the venues for something extra special.