For Minor Works Unit, one of the acts appearing at Glastonbury’s long established weekly open mic night at pub venue Hawthorns, the evening had an extra special meaning. 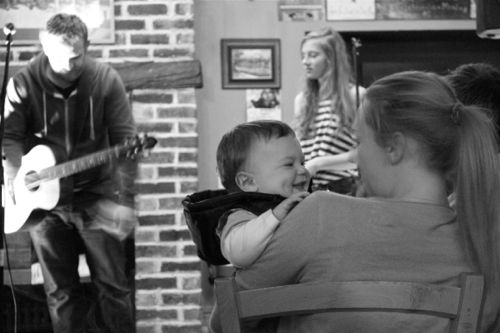 The central Somerset based act was left devastated earlier this year when their frontman and songwriter Dan Bradford died suddenly.

As the local paper The Central Somerset Gazette reported in February he was a hugely popular local singer and actor, with Minor Works Unit proving an excellent vehicle for his witty and often surreal lyrics. A Somerset based version of 1960s pop surrealists Bonzo Dog Doo Dah band would not be far from the mark. 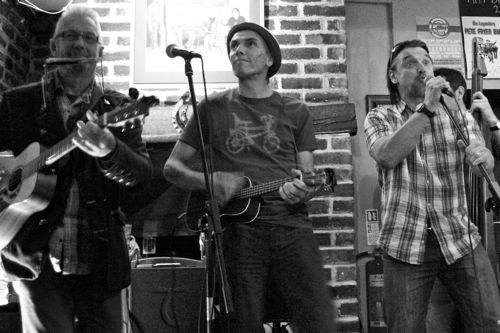 Since Dan’s  tragic death the band have kept rehearsing and  brought in new vocalist Matt Crisp, with the aim of keeping Dan’s songs going.

Tonight at Hawthorns, amongst the mainly acoustic guitar based acts, they got back on the horse, took a deep breathe and began a new era for the band.

For some attending they would have known Dan and how emotional performing without him for the first time is for the band. For others they wouldn’t have known the back story. For all attending though the band proved a hit, with Matt doing a great job of belting out Dan’s lyrics ably backed by the band, of double bass, percussion, ukele and guitar. 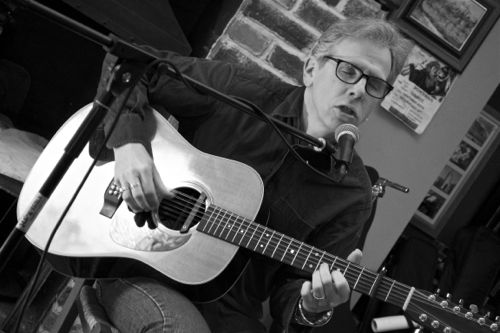 Organisers Steve Henderson and Brad Lister clearly realised this act was a little different and allowed them an encore.

Seeing the return of Minor Works Unit also gave me a chance to experience this popular open mic evening for the first time. I was left impressed by the breadth of talent amongst the seasoned musicians and new recruits to performing alike. For some like Andy Badman, who usually plays in a 50s rock n roll band it gives him a chance to hone his folk blues skills. He’s an accomplished guitarist with more than a few nods to the likes of Bert Jansch in his style of play. 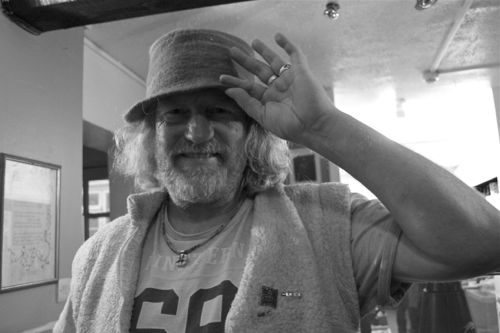 Then there was the friendly Rainbow Tony, who invites the audience into a singalong and is full of chat afterwards about his guitar heroes.

Another more seasoned pro appearing on the night was Nick Parker, who tours Europe regularly as a solo artist and with his band The False Alarms. Tonight he was accompanied on vocals by his daughter Flo, with their version of The Decemberists The Engine Driver proving a highlight. 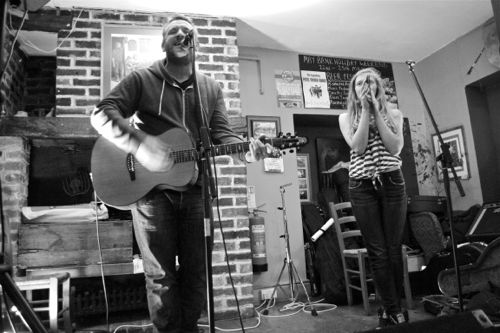 I sadly missed the final part of the evening, what with it being a school night, but amongst others that impressed were the guitar and slide playing duo of Spencer Cox and Nick Balura and the strong vocal performance of Tolly Snell. Nick Balura’s solo instrumental set was also excellent. 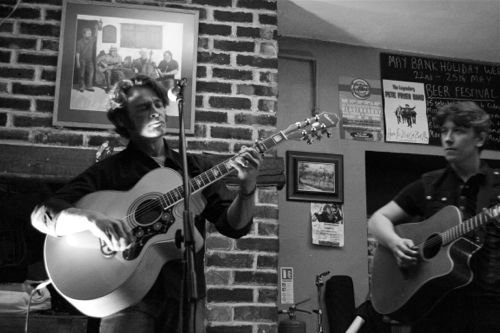 Open mic nights offer so much in an era where venues are shrinking in number but what impressed me most was the strong sense of community amongst the acts tonight, which made it a perfect occasion to mark the return of Minor Works Unit.