For me the Bearded Theory marks the start of the UK music festival season. This Derbyshire based event never fails to provide anything less than fun, frolics and lashings of anarchic rock ‘n’ roll, with a large helping of pirate based costumery on the side this year.

Indeed at times the site resembled a Pirates of the Caribbean theme park, but with added jazz cigarettes and stuffed parrots. 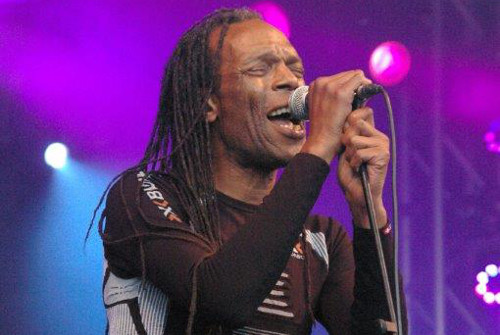 Here is a snapshot of the final day of the event to give you a flavour of what it offers, in which I saw Ranking Roger from The Beat on a battery powered monocycle, The Buzzcocks become the Steve Diggle guitar experience, and James’s Tim Booth prove he can still dance like a man possessed.

I also discovered a tremendous band called Skeewiff, who did a cover of ‘It’s Obvious’ by The Au pairs ( that doesn’t happen alot) and saw The Beat doing a fitting tribute to The Clash with a crowd pleasing Rock the Casbah. 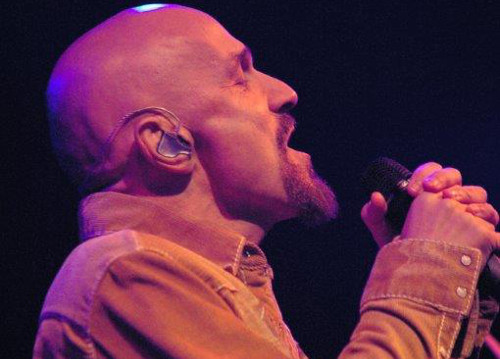 I bought a shirt for a tenner and it still hasn’t fell apart and also met The Buzzcocks’s Pete Shelley, who told me he wrote his excellent solo single Homo Sapien in 1974, seven years  before it was released.

Also backstage we saw an ironing board, met Misty in Roots, who only have one original member left from back in the ‘Live at the Counter Eurovision’ era.

The Disco Shed disappointingly didn’t have any Quo but I did discover that Trans Global Underground are still going and that New Model Army are not really an army. 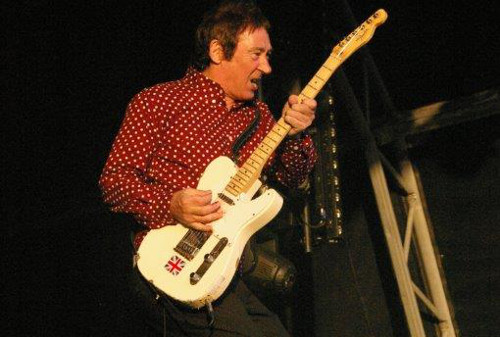 Steve Diggle of The Buzzcocks

Neonfiller.com photographer Arthur left his car window open for the whole day and no one nicked anything.

Elsewhere, I lost my heart to ‘Angie’ from Devon, my fake beard kept falling off and I’m all fired up for the coming festivals, where Patti Smith, Public Service Broadcasting, Television, Grace Jones and The Specials will be amongst the acts I hope to see. Yep, 2015 is gonna be a good one, I can feel it in my (skull and cross) bones. Groan.