Guitars, guitars, guitars – our lives wouldn’t be the same without them, whether acoustic, electric, big, small, bass, left hand, right hand, amped up to eleven or gently strummed, we love them all. Every piece of music that you cherish probably has a guitar in there somewhere, power chords to the left of me, guitar solos to the right, here I am stuck in the middle eight with you.

Nick Saloman alias The Bevis Frond has been in a long term serious relationship (bordering on the psychotic) with a huge number of guitars, he regularly takes them into his bedroom and has been having his wicked way with them for years, he’s a one man lo- fi unsung genius who for over three decades has been quietly creating a large body of self penned work that once heard becomes an obsession.

He takes psychedelic music to the cleaners, brings it home from the cleaners, squeezes it through a cosmic mangle, dries it out, puts it on a washing line then gets out his lysergic ironing board of love and puts creases in it where creases shouldn’t be.

Cherry Red Label has now secured his fairly huge back catalogue and will be releasing it in chronological order over the coming months, complete with additional tracks and sleevenotes by Mojo magazine’s Dave Henderson. 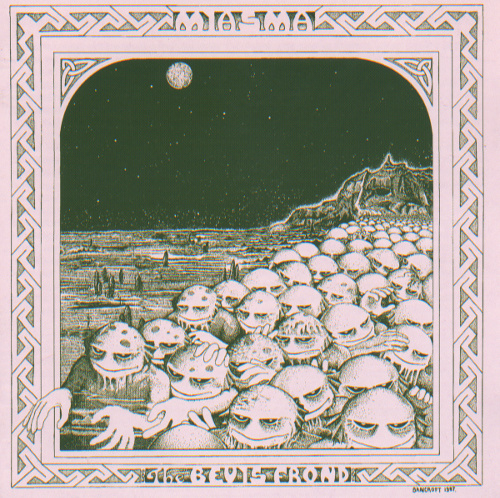 As a result these early albums are thankfully now available to mankind at reasonable prices as opposed to the exorbitant rip off prices asked for on Amazon etc. So what we have here are debut album Miasma and Inner Marshland both released originally in 1987. The first thing you’ll notice is the decidedly primitive (as compared to today’s) recording quality, understandable really when you consider these were literally made in his bedroom on a Tascam Porta One four track.

Never expecting anyone to be interested he released these albums as a labour of love on a wing and a prayer and was as surprised as anyone when by word of mouth alone, folks started picking up on a singer-songwriter from the wilds of Walthamstow. The titles are frivolous and playful, the guitar playing undeniably aggressive and at times over abundant but many of the songs are little crackers, you’ll find snippets of studio conversation, an appearance of Harry Corbett from an early Sooty show, poetry, a snatch of The Goons, messy feedback, controlled feedback, cheap organ accompaniment and lots of echo.

It comes together to forge a tiny self contained bedroom of sound that totally ignores the mainstream, in much the same way  as other great british underground icons such as Robyn Hitchcock Andy Partridge Nick Nicely and Syd Barrett have created their own idiosyncratic musical universes.

Miasma merely hints at the promise of future recordings, containing boisterous pop psyche tunes like She’s in Love with Time, The Newgate Wind and Wild Mind. There’s a very short but nevertheless very cool FX laden number called Wild Afternoon, but best of all is Splendid Isolation. Ever wondered what REM would have sounded like with Hendrix at the helm instead of Peter Buck? Try this.

Seven extra tracks are included, perhaps a little too much for the initiate but intriguing nonetheless. 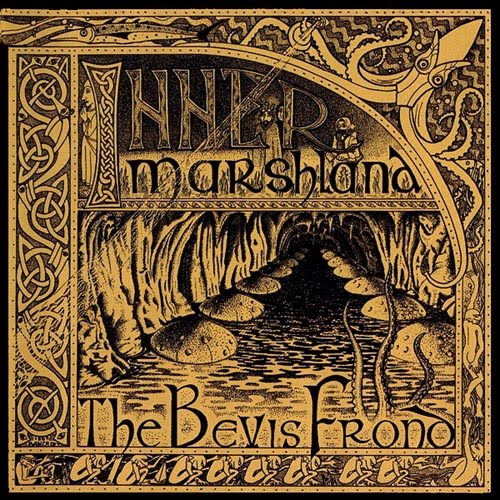 Inner Marshland came quickly on Miasma’s heels, it fizzes along amid much explosive soloing, Window Eye and I’ve Got Eyes in the Back in My Head are two dynamite rough and ready rock songs.

But he still retains his love of the surreal so the aforesaid Sooty puts in an appearance on Once More, there’s an incredible wig out with Nick’s good friend and equally talented guitarist Barri Watts, and Termination Station Grey emerges as a pop song but one deep fried in acid batter.

There’s six bonus tracks on this one, all super duper, best of which are a gently undulating (at least until the gripping guitar solo comes in) Walking in the Lady’s Garden. Parapsynquiry on the other hand could be a number from any one of  Lenny Kayes. Tremendous Nuggets compilations, total freakouty goodness.

If like me you are enamoured by the weird and wonderful, the strange and sublime or just love a bloody good guitar solo these remastered recordings will send you into paroxysms of delight. I urge you to vote Bevis Frond, ladies and gentlemen I recommend Nick Saloman to the house.