So it appears Hot Chocolate used to be cool. Who knew? Well, Ian Button, who releases under the Papernut Cambridge moniker, did. The former Death in Vegas/Thrashing Doves man is something of a 1970s pop expert and this collection features ten covers of his favourites from around that time. 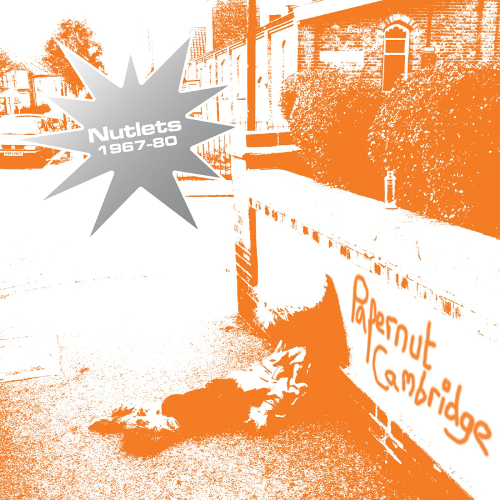 It’s the source material, if you will, to his 2014 album There’s No Underground, which is heavily influenced by those flares, fuzzed-up chords and sax-ridden stomps of the 1970s and was our favourite album of the year. If you heard and loved that album you will love this too.

So back to Hot Chocolate. It’s their track I Believe in Love from the early 1970s, when they were trying to find their feet in the pop world that features here. It comes at a time before they settled on their blend of bland soul pop, and were experimented in flange guitar technology (actual technology may not exist) and created this little known gem. It’s one of many standouts on this album and makes me want to immediately check out Hot Chocolate’s earlier work.

And if you think it’s a tough ask to convince someone that Hot Chocolate was once cool, Button even manages to make Lynsey De Paul sound great. Add a few squelchy synths and he brings out the dark side of her saccharine pop track Sugar Me marvellously.

Button has also popped up to see Steve Harley and Cockney Rebel, registered the requisite smile and delivered an even more fuzzed up version of their What Ruthy Said.

Its back to the late 1960s for the next track, Jesamine by The Casuals and written by Marty Wilde. Here Button gives it a little bit more Dear Prudence than Jesamine and it’s another hit for this covers collection.

As one hit wonders go Edison Lighthouse had one of the best in Love Grows (Where My Rosemary Goes, which quite rightly was number one for five weeks in 1970. Its still instantly recognisable to this day and Button’s version oozes respect. Its my favourite on the album. What a great track, pop pickers!

Speaking of fun, there’s something so wonderfully innocent and girlish in Jacky’s theme to The White Horses TV show, another instantly recognisable track. Being sung by a man takes the listener a little by surprise, but it still works wonderfully.

As the album progresses you realise that this is more than just a listening experience. This is a history lesson of an era of pop, actually arguably the best era of British pop.

Among its icons and characters none seem more menacing now than the late Alvin Stardust, aka Bernard Jewry from Mansfield, Nottinghamshire. Dressed like a cartoon, villianous version of Elvis and asking girls to “groove on the mat” with him, he looks sinister now with our post Jimmy Savile and Gary Glitter scandal eyes. Despite appearances though he was one of the good guys of the era. His track Jealous Mind is featured here and Button thankfully loses none of Stardust’s then innocent, now downright odd take on rock ‘n’ roll.

Rockers Delight by Mikey Dread closes this trip down memory lane and closes the decade as well, as Stock ,Aitken and Watermen began preparing themselves to destroy all that went before them. It’s a reggae gem that proves a fitting end to this enlightening and entertaining look at the golden age of British pop.