…so sang The Specials back in the heady mists of post punk and on this sunny July day these lyrics rang truer than ever as what seemed like the entire population of Nottingham gathered in the beautiful grounds of Wollaton Hall for the biggest party of the year. 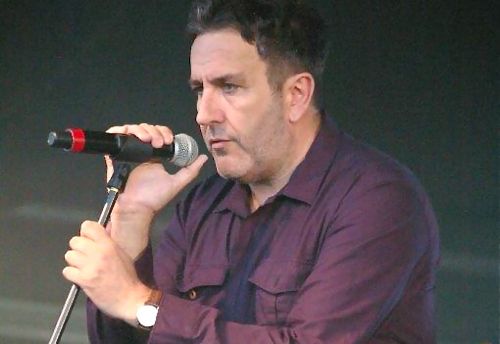 This year’s Splendour had a distinctly retro feel, with The Specials topping a bill, which also included James and Banarama. It was like a Forest game but with a ‘Now ! that’s what I call Eighties!’ soundtrack. As well as this retro fell there were plenty more distractions at this family friendly event as well this year, including a funfair and extra stalls and more comedy acts.

Among the potential stars of the future that also appeared was Indiana, a local lass with a confident swagger and a really strong voice; a kind of Paloma Faith meets Roisin Murphy from Moloko vibe. She really got the crowd going and if she gets the breaks she deserves she’ll go far as she went down an absolute storm.

Unfortunately Lawson suffered disastrous sound gremlins at the start of their set and frantic hand gestures from the band to their road crew failed to rectify the sound until the third number. They pluckily soldiered on but the impetus had gone, a shame because their punchy pop recipe could have been a winner amongst an eager crowd of younger listeners.

Time to get down to the serious stuff and tell you about Nottingham’s best new band in years Eyre Llew. This trio of two guitarists and a keyboard player were playing only their third gig to a rapt audience on the Wollaton Hall Courtyard stage. Sadly they were only given half an hour but they used it wisely, utilising the quiet/loud aesthetic to great effect as they veered from hushed and whispered vocals to emotionally charged ambient guitar atmospherics. Next time lads, louder much, much louder! Watch this space. 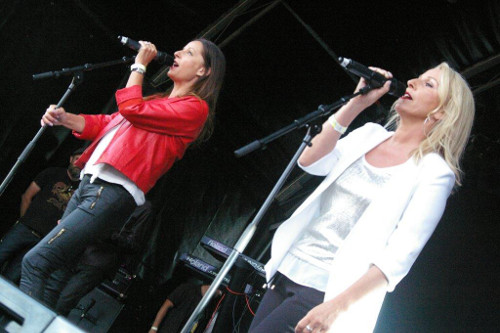 Warning, this next paragraph contains references to “two thirds of the world’s best selling all girl band” (the compere’s words not mine).. “give it up for Bananarama”. In my time I’ve seen amongst others Dylan, Sabbath, Bowie, Nirvana, Cash, Cave, The Velvet Underground, The Flaming Lips. What am I doing here watching Banarama? Why, I’m dancing to ‘Robert De Niros Waiting’ that’s what, and you know what…they were great and I think the majority of middle aged mums present who still can’t dance for toffee agreed. Venus, Help and It Ain’t What Ya Do’ were blared out amongst a set that was cheesy, but magnificently so.

Who would have thought that of all the bands from the Eighties James would still be relevant and so bloody popular. They drew a huge crowd on the main stage with Tim Booth proving to be an evergreen front man; cool, calm, collected and prone to that funny dance he still does every five minutes. They kicked off with their biggest hit from their 90s heyday Sit Down and it was glorious, absolutely glorious. At one point guitarist Larry Gott sat on the monitor, Tim was above him singing and dancing totally in the zone. James must be one of our greatest pop treasures and long may they reign. 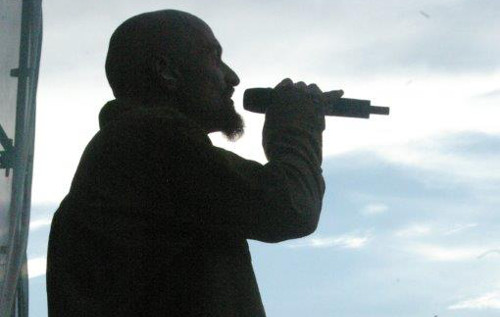 After a fractious Specials gig six months ago in Nottingham, there set was either going to be a 90 minute Terry Hall hissy fit or a delirious run through of some of the best loved songs you’ve ever heard. Fortunately for all concerned it turned out to be the latter.

Opening with the eerie strains of Ghost Town the band play out this number one mini-melodrama to great effect, even dragging it out to twice its original length and improvising.

They went on to kill a ravenous audience and they were not going through the motions either. They still meant it maaan as they ploughed through some of the most biting, politically astute observations you’ll ever hear in song. They tore through Stereotypes, the aforementioned Enjoy Yourself, Rat Race, Too Much, Too Young, Monkey Man, Message To You Rudy. By this time I half expected Brian Clough to descend grinning from the heavens, it was just wonderful to look around and see a vast heaving panorama of terrible dad dancing, mums throwing kids around with gay abandon and even sullen teenagers putting their phones away for five minutes to dance with complete strangers.

Terry Hall even asked someone to get the band a couple of 99s from the ice cream man half a field away, and later was heard to say where’s those fucking ice creams? Yes, I know this sounds crazy but even Terry was in a good mood.

Splendour continues to go from strength to strength, this now annual fixture set in such fantastic surroundings and with such a family orientated vibe is cheaper than Alton Towers, nearer than Skegness and infinitely less stressful than a Forest home game. Splendid.