When Wilco announced an unexpected new album it was a pleasant surprise, the four years since their last being the longest break yet in their career. The fact that it was available to anyone who wanted to listen as a free download was a nice bonus. This is hardly a new marketing technique, lots of acts have released music this way since Radiohead first elected to remove the RRP from In Rainbows back in 2007. 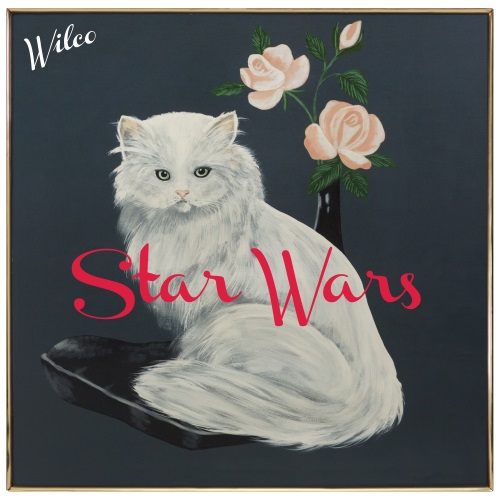 However, given that physical sales are still dropping, and people that want a physical copy will buy one anyway, and the rise of streaming services then giving the download away for free seems like sound marketing. As does calling your album Star Wars in the year that the film franchise is set to return to our cinema screens.

So, when you get beyond any discussions of consumption and marketing you are left with one question, is the album any good or not? And the good news is that the answer is a pretty emphatic yes. Wilco don’t do bad albums and they haven’t decided to break their 20 year run of form, even for a freebie.

The most evident “style” to Star Wars is that of relaxed experimentation. The album kicks off with a short noisy erratic instrumental and then settles in to a sequence of well formed songs that cover the full gamut of everything that makes Wilco great. The songs are brilliantly played, the lyrics are interesting and demand subsequent listens and the arrangements are varied and inventive.

There is a slight demo feel to the album, some of the polish of their last few releases is missing, but it sounds like the best executed demo you’ve ever heard. And the sense of informality that pervades the album makes it feel wonderfully fresh.

I’m not going to waste any of your time by describing any of the tracks here, skip to the end of this review and follow the link to listen to them for yourself. If you don’t like Wilco then this album is unlikely to change your mind, but you are wrong so maybe give it a go anyway? If you do like Wilco then what are you waiting for?

Go to http://wilcoworld.net/splash-star-wars-links/ to get a free copy of the album (before they take it away).