In the film ‘Art Will Save The World’, the kind-of biopic of former Auteur Luke Haines, Jarvis Cocker talks about his favourite song of the “Brit-Pop” era. The song in question is ‘The Upper Classes’ by The Auteurs. Jarvis is bemused by the way that Haines guaranteed the song would never be a hit, never receive airplay, by including an unnecessary but very obvious “cunt” in the song’s lyrics.

The debut solo album by Fortuna Pop act Simon Love (formerly of The Loves – a band I am not familiar with) brings this to mind. In this case he chooses to render about 75% of the album unsuitable for airplay. 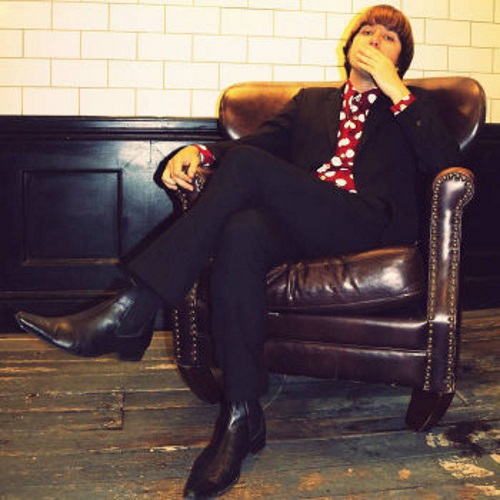 Musically it is a very commercial record in parts, with The Divine Comedy, Elliot Smith and melodic 60s pop all being clear reference points across an eclectic set of songs. It is by no means a totally chart friendly release, but musically you’d have no issues playing the album when your friends and family were visiting.

Lyrically we are in less safe territory and Love proves himself to be as potty mouthed as your average Death Row Records album.

The opening track ‘**** (is a Dirty Word)’ is a nice piece of mid-90s indie rock which features one of the sweariest single lines on record just before the coda. Immediately afterwards ‘The New Adam and Eve’ repeats the line “everyone else can just fuck off and die” many times against a musical backdrop that evokes My Life Story or The Pipettes. ‘My Dick’ is Love thinking about cutting it off (his dick if that isn’t clear from the title). ‘Motherfuckers’ is pretty clear from the title, it is about motherfuckers in case you weren’t sure.

I have a pretty high swearing threshold so I’m quite happy with album in that regard. The songs with the greatest degree of 60s influence in the sound, the aforementioned ‘Motherfuckers’ being one of them, sound the best to my ears.

Probably the least successful song on the album is ‘The Meaning of Love’, which features Stewart Lee reading the definition of the word love from Wikipedia over an easy-listening musical back-drop. Talking based songs are an issue for me generally; they always have a limited shelf life. Drafting in Stewart Lee for the song seems like a contrivance to get some attention, if he was reading his own words in front of Love’s music that would have made more sense.

I mentioned earlier that this is an eclectic album, and Love clearly doesn’t want to present one single style across his songs. I’m a big fan of the all-over-the-map album, and love hearing a variety of musical styles on an album. However, in this case the diversity isn’t wide enough to be a hook in itself, but the lack of consistency does seem to expose the lack of a musical identity.

I don’t want that to sound like a harsh criticism, it isn’t, and Love is clearly a very capable and interesting songwriter and performer. I hope that his next album will bring his style and identity into clearer focus, I for one will be looking out for its release.