The long awaited return of Brighton to the urban music festival scene finally came to an end with the inaugural offering from Together The People, a two-day event hosted in Brighton’s Preston and Park. Our intrepid reporters selflessly left their home and crossed one busy road to bring you all the highlights they could squeeze into an acceptable length article.

Preston Park is no stranger to public and private events, having already presented Brighton Pride and a Thai Food Festival in the weeks previous to Together The People, but we were initially taken aback by the modest size of the festival vs the ticket price. Still, mighty oaks and all that.

Access and entry was well organised and by the time we were through the slightly superfluous crowd chicane, the sunny space was laid out before us down the gently sloping grass and we were quickly able to get to grips with the music stages and tents TTP had to offer.

First up, and with a £5 pint of beer in hand, we headed to the small acoustic tent (more of a gazebo) to catch the acoustic guitar wizardry of Jye Whitman. Armed with a ton of skill and a beanie, Jye Whitman served up refreshing a portion of up-tempo acoustic tunes and songs that made a nice change from the usual earnest (and slightly dreary) output from the usual acoustic stage. 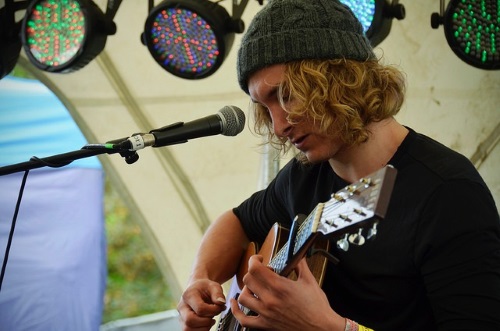 Cheered along by this, and with a cup of tea and slice of cake, we headed to watch the end of Lucy-Spraggen-off-the-X-Factors set, chock-a-block with attempted audience participation numbers and wait for Ghostpoet to take the main stage. 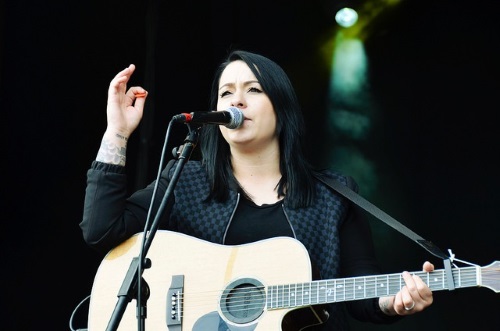 With three albums under his belt, Ghostpoet has come a long way from his self-produced days and has collected a tight and professional band along the way to back him up and provide a foundation to build his melancholy stories of modern living. Opening with tracks from his new album Shedding Skin, the skies briefly darkened to accompany the musical the atmosphere while Ghostpoet closed his set with the very excellent single, Liiines. 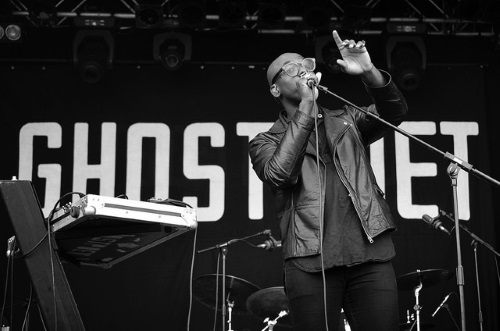 As the afternoon moved along and grass was flattened by picnic blankets and arses we looked forward to the arrival of everyone’s favourite Bolshevik balladeer, Mr. Billy Bragg, and what urban music festival would be complete without him? But it’s not the reliable renditions of old favourites like New England and Sexuality that really impresses us about Billy Bragg, but his unrelenting political optimism and faith in his fellow man. 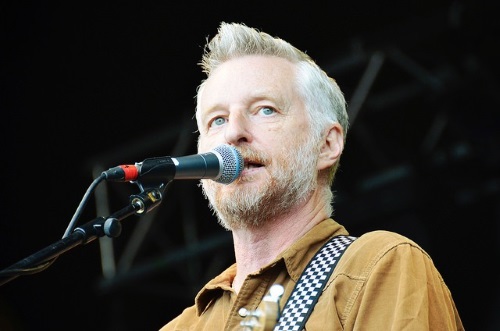 Maybe it’s this dedication to an uncynical attitude that makes the arrival of old Brighton favourites, The Levellers, on the stage less cheesy than it might have been to the jaded music fan. The sun was shining, the jigs were up-tempo and the delivery was as enthusiastic as it ever was. To not bop a bit was not an option. 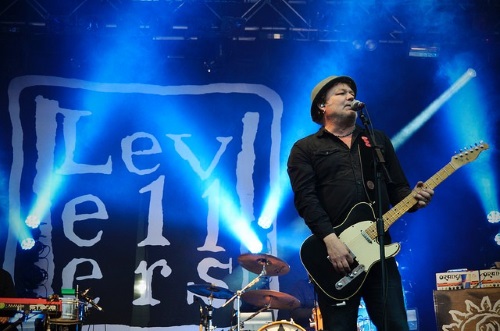 Before the main event of the day came around we were able to catch the lion’s share of local super group, Brakes, thanks to a day of well-planned and well-maintained schedules. Formed by members of other local talents like British Sea Power and the Electric Soft Parade, Brakes fired out a volley of frenetic and deranged power-pop tunes like Porcupine or Pineapple? and All Night Disco Party to their core of loyal fans, and still managed to line up room for their more accessible country-leaning songs. These reviewers were particularly thrilled to hear Brakes cover of Camper Van Beethoven’s 1986 cult classic, Shut Us Down. 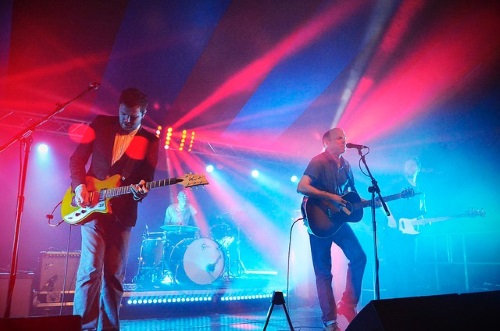 To bring day one to a close, festival favourites and Cardiff’s finest Super Furry Animals take the stage with an unassuming modesty during the intro to Slow Life that quickly leaves the audience with the peculiar certainty that this stage was built for this very moment. Resembling a Power Ranger taking a break from his decorating, Gruff Rhys and the gang segue through a list of greatest hits that include (Drawing) Rings Around the World, Do or Die and Hello Sunshine. Despite a slightly stodgy middle, Super Furry Animals baked a crowd pleasing song pie of well crafted furry hits and a crust of Juxtaposed With U and Golden Retriever that they eventually served to the audience on an extended platter of The Man Don’t Give a Fuck to make their playout ending and encore that would have to scores of mop-haired children who’d been running around the bottom half of the audience something to sing to their parents on the way home. 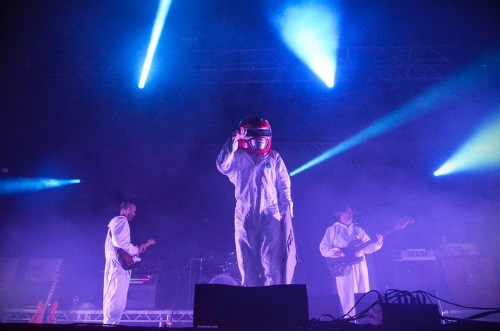 Day two arrived hot on the heels of day one and provided a clearer and sunnier early September day than before, the perfect festival weather that seemed to have failed to coax in the disappointing number of Sunday attendees.

Regardless of the low turnout, we headed off to the smaller BIMM stage to catch space over-filling enthusiasm Astrid’s Tea Party who belted out their three piece songs despite (or possibly because of) the audience-lite reception.

Big Dada signed Roots Manuva laid out his blend of hip hop dub across the main stage audience like warm blanket of summertime goodness and everything was right and good in the world – a sentiment echoed from the acoustic stage across the other side of the park by Tiago’s nostalgia-tinged songs and stories of growing up in Portugal. 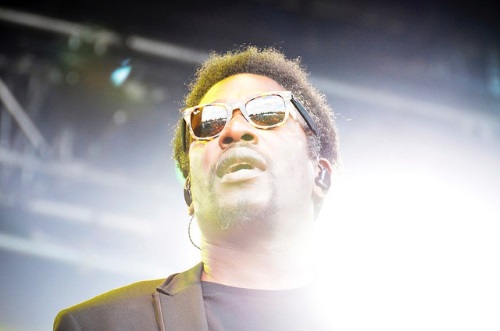 The first surprise of day two came from another local Brighton talent who have been making a reputation on Soundcloud, Kudu Blue on the second stage. This was our first experience of the band, and their slick and soulful post-triphop proved to be a real delight to behold. Kudu Blue combine beautiful ambient layers of guitar textures and synth loops across a foundation of deep bass and crisp syncopated rhythms, polished off with a smooth, natural vocal that glues them all together. Take a moment to check out the video for their song Bones  and hear for yourself. 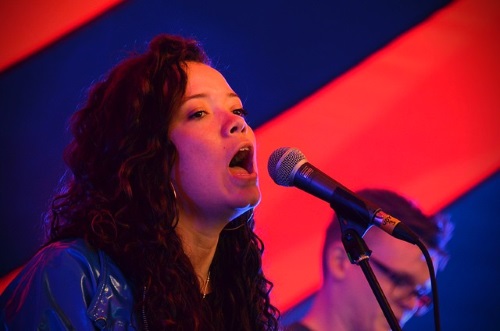 Things only get better when Public Service Broadcasting and a homemade sputnik take control of the main stage and spread instrumental joy and delight throughout the crowd. I’m not sure why anyone would want to, but it’s hard not to like them and their happiness and pleasure in what they do is infectious. Tracks like Theme From PSB, Spitfire, Go! and trumpet-tastic Gregarin provide the party vibe that any audience hungrily eats up like a festival burrito. We hope that TTP carries on in the future and are able to do something about the noise bleed between stages; some of PSB’s atmospheric moments were drowned out by nearby stages. However PSB provided one of the best performances of the weekend and could (even should) have headlined day two. 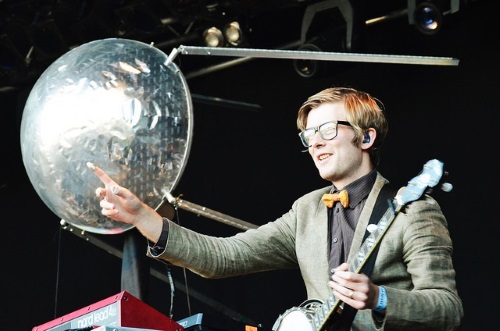 It seems fitting that such a new event might want an established act to lend it some history, and there aren’t many acts about today with the history of Martha Reeves & The Vandellas who graced the stage with the kind of authority you get after six decades of performing. 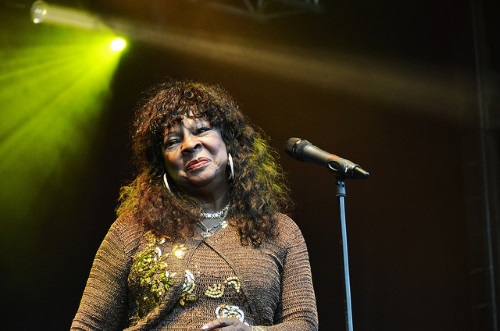 We couldn’t shake the feeling however that after Public Service Broadcasting, the party was already winding down, a sentiment shared by Luke Sital-Singh as he closed the second day on the second stage with stark and intimate versions of songs like Still from his new EP The Brakeneck Speed of Tomorrow and Nothing Stays the Same from The Fire Inside that sound like music for a Monday morning. “Depressedon Park…” he quips. Highly recommend catching Sital-Singh live, his connection to his audience through raw vocal performance and warm banter, definitely won over the last of the weekends revellers. 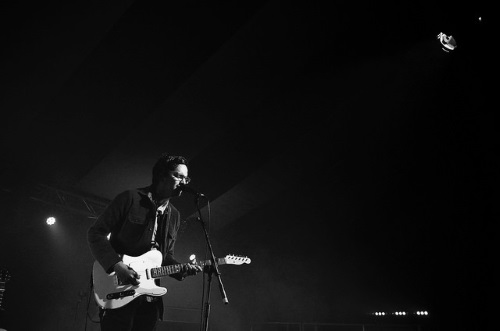 Finally the two day festival is brought to a close by Swedish singer songwriter superstar Jose Gonzalez as the September air chills the now straggling audience. Included in his set were some of his well-loved cover versions including Kylie Minogue’s Hand on Your Heart alongside material from his new album Vestiges and Claws as well as the odd Junip track thrown in for good measure, but it somehow didn’t quite cut the proverbial mustard. We are fans of all things Jose Gonzalez and Junip, but we can’t help feeling that this was the wrong choice to end the day. The beauty and intimacy of Gonzalez’s songs were simply lost in this setting and we headed home feeling chilly and serious. 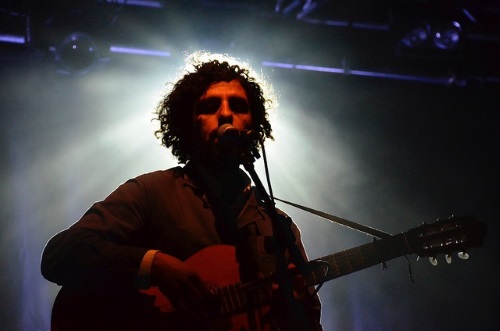 Hats off to the organisers for producing such a well-managed event with a rich and varied line-up and opportunities to showcase so much up and coming talents. Together The People champions local arts, small business and community issues. We hope this festival has the opportunity to grow in size and offerings, whilst keeping costs accessible to a wider audience. If it does, we’ll definitely be back for more burritos and beats. 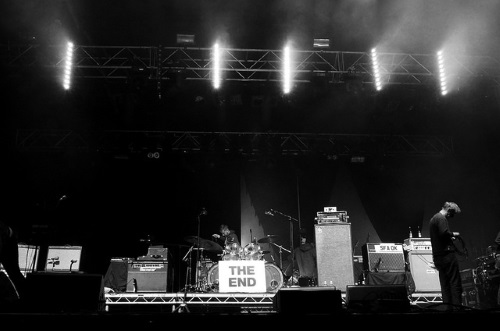 See more of Nic’s pictures from the festival on our Flickr page.