It says something about the quality of Pete Astor and his 1980s band The Weather Prophets that their track Worm in my Brain emerged as one of the best on the recent 76 track commemorative box -set reissue of the NME’s C86 tape. Up against the likes of Primal Scream and The Wedding Present this track with its wonderful guitar arrangement and Astor’s honest vocals stands up remarkably well 30 years on. 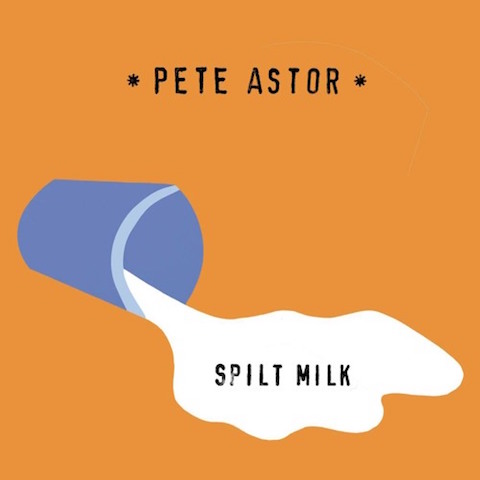 Once of Creation band The Loft and still managed by Creation boss Alan McGee while in The Weather Prophets, Astor went solo in 1990. But a familiar story in music unfolded – critical success greeted Astor, while success continued to elude him.

He took a break for a few years, some more solo projects eventually followed, Astor briefly reformed The Loft and healso took on a new career, as a university lecturer on the music industry.

Now signed to Fortuna Pop he starts 2016 with this his eighth solo album. On this evidence Fortuna Pop, where he joins a recent roster of young up and coming bands as well as veteran indie troopers such as Darren Hayman, is a good fit.

The guitar and vocal delivery from Worm in my Brain is still there thankfully on this release, which has an unshowy production that allows the songs and lyrics to shine. The sparse use of a talented backing band, that includes former Hefner man Jack Hayter on pedal steel, helps as well. This means that when they do appear it has more impact.

As a disciple of the “sing what you know about” school of songwriting, so advocated by XTC’s Andy Partridge among others, Astor’s lyrics are unmistakably that of a middle aged man, full of wistful nods to the past and a wry look at the present and future. As he puts it in accompanying press release, “time passes, shit happens; some losses, some gains. Don’t cry – but I did.” This is a good way to sum up this album’s feel.

My Right Hand about friendship and the country sounding Good Enough are among the best but for me Sleeping Tiger emerges as the stand out track. It’s got the melody, the full band feel and a great guitar hook driving it throughout. Very Good Lock is another good introspective piece that offers hope to the downtrodden.

As an advert to a new audience this album will hopefully do its job, with Darren Hayman’s recent solo work and the meloncholic melodies of Co-Pilgrim good points of reference for the uninitiated.