After a day of relentless rain the River Brue, between Street and Glastonbury in Somerset, decided enough was enough. In a fit of rage it cast aside its sodden verges and pushed itself out into the surrounding fields. Just metres away from these new muddy lakes at the Bocabar on the edge of Glastonbury another typical west country event was taking place, with Bristol’s Gaz Brookfield, his fiddle player Ben Wain and Nick Parker performing in front of a loyal following. 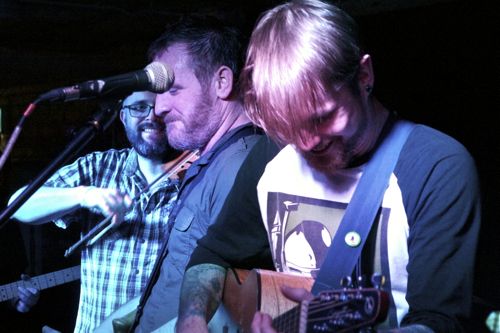 The trio were in Glastonbury on the fourth night of a 20 or so date tour across the UK, Netherlands and Germany. For Parker this was the home leg and he brought along his band for the occasion, called the False Alarms and including Swampgrass’s guitarist Brad Lister and Flipron’s bassist Tom Granville.

For the independent spirited Brookfield, who deliberately remains unsigned, he’d brought along a fair few followers too. But he was also venturing from his Bristol base on his ongoing mission to win over new fans. On this evidence it’s no wonder he recently sold out Bristol’s 400 capacity The Fleece and is busy all year round playing around 200 gigs.

There’s an engaging appeal to Brookfield as a performer but also his songs demand attention – part tongue in cheek commentary on modern Britain, part stream of conscious musings from his hectic life on the road. 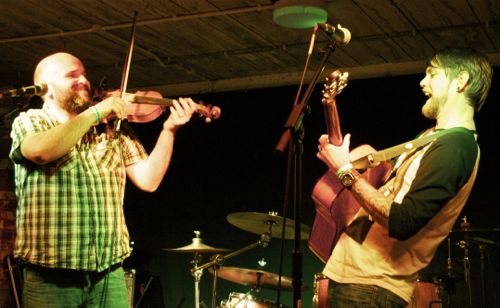 Among those tracks getting an airing tonight were Be the Bigger Man about the universal issue of bullying. And with the opening line “I’m sick and tired of renting, I want a place to call my own” on Sailor Jerry’s Kitchen he is speaking to the hundreds of thousands of young people trapped in high rent Britain.

In Wain, Brookfield has the perfect foil and a virtuoso fiddle player. The music just sounds action packed and heartfelt from start to its rousing sing along finish. 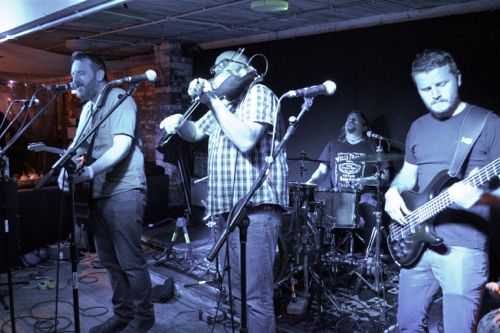 Nick Parker and the False Alarms

Parker is cut from the same cloth as Brookfield as a singer songwriter embedded into the west country music scene and with a focus on being an engaging performer. He admits on a new song tonight that he “doesn’t do political”. Instead his tales are about growing up in awe of Irish music on I’ve Never Been To Dublin and stories of modern love and odd relationships.

At the end of Parker’s set, which also featured the versatile Wain, Brookfield joined in for an epic medley around the folk classic Plastic Jesus. 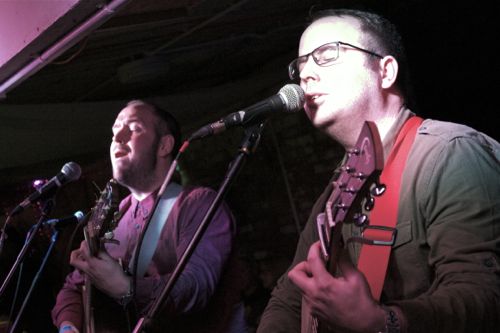 *Support tonight was from Alex and Craig Priddice, locally based brothers with some perfect harmonies and great tunes under their belts that are building up a reputation locally as another quality live act.