In recent months I’ve been finding myself encountering more and more albums by well-regarded artists that are, for want of a more sophisticated analysis, a bit dull. They are well played and nicely produced; but fundamentally lacking in spark. My awareness of this dates back to the Green Man festival last year where I was struck by the level of earnestness amongst the newer bands. This is not a bad thing per se but after watching a dozen electronica tinged folk acts sounding a bit sad and serious I longed for some amateurish abandon (a role The Fall filled pretty effectively at least).

So it was, in my current mood, particularly exciting to discover that Dressy Bessy had returned with a band new album, Kingsized, after a 6-year hiatus. Upon listening to the album I was delighted to hear that their sloppy, stroppy approach to high energy guitar pop was in full force and sounding better than ever. 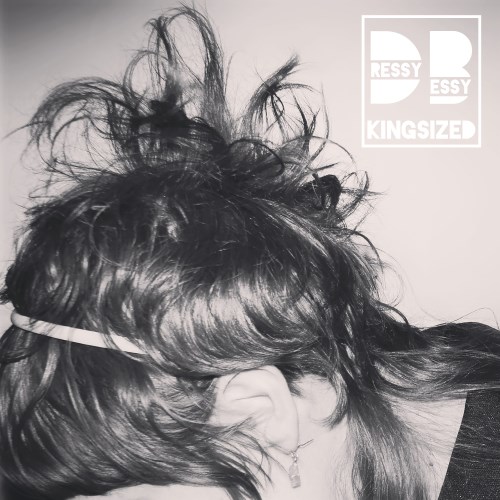 On their last two albums, Electrified and Holler and Stomp, the band had tried to adopt a heavier and darker tone with mixed success – losing some of their better pop elements in the process. Kingsized works particularly well by retaining some of that beefier sound whilst applying all the pop nous that made their early work so infectious.

The high-tempo opener ‘Lady Liberty’ is a case in point, and a song that illustrates the band’s best qualities and showcases Tammy Ealom’s vocal delivery perfectly. The overall quality throughout is very high and there are half a dozen single contenders on the album. ‘Cup ‘O Bang Bang’ may well be the best of these and features former Pylon vocalist Vanessa Briscoe Hay on backing duties.

Probably the most significant change on this release is the use of additional musicians on most songs on the album. Peter Buck adds 12 string guitar on a few tracks and Young Fresh Fellow Scott McCaughey contributes keyboards. In particular, it is the use of a handful of backing vocalists (including Wild Flag’s Rebecca Cole) that adds most depth to this album. Ealom has a wonderful voice that is the just out-of-key enough to sound interesting without sounding unprofessional. The additional of other vocals to bolster her delivery works really well throughout.

It is pretty rare for a band to come back from an extended period of inactivity sounding as good as they did before, and the resulting album is usually a bit of a let-down. So it is particularly gratifying for one of your favourite bands to return with an album that may be their most consistently enjoyable record to date.