On album number three London act Evans the Death have upped, shredded, beaten up and garrotted the ante. It’s incendiary and full of rage, like their previous album Expect Delays, but while that focused on the anger of twenty somethings in Tory Britain this latest release is packed full of rage about just about everything.

The guitars are heavier, the vocals more fierce and the ambition turned to stadium sized proportions, with a brass section and even a funky bass added to the mix. 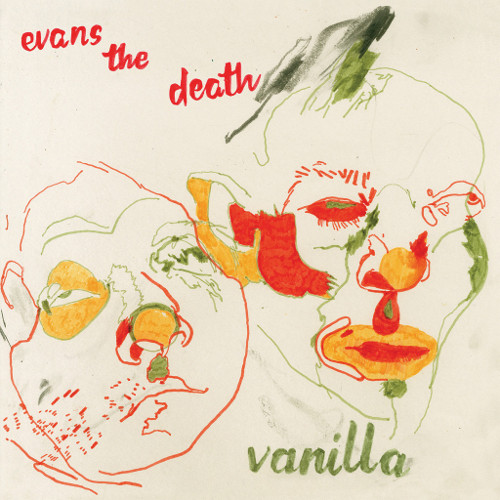 The press release lists a raft of eclectic  influences. I can see some, such as Wilko Johnson’s choppy guitar. But what is not mentioned is the overwhelming sense that this is a long lost post punk album from 1978, dusted off and launched into 2016 like a rocket. There’s a hint of early Siouxsie & the Banshees  on Katherine Whitaker’s vocals, Mission of Burma in the nihilistic punks rhythms and X-Ray Spex and Theatre of Hate with the brass section. There’s even a potential hit single, on Hey Buddy.

The live production feel helps, as does a deliberate move by the band to book very little studio time to make it “full of chaos and restlessness”, according to guitarist and vocalist Dan Moss.

As well as Hey Buddy, other standouts include the pub rock plus No Imitations and Suitcase Jimmy, the chaotic opener Haunted Wheelchair and Hot Sauce, the one with the funky bass. By the end we can’t help but feel excited by the work of what could very well be Britain’s best current rock band.