After his pastoral debut album Hoverance it seems inevitable that singer songwriter Ralegh Long would release a dawn to night collection set in an English country field.

We Are In the Fields takes in a range of emotions and musical styles as the sun rises and sets over a rural landscape. It’s a thoughtful release that for this rural based reviewer seems particularly pertinent. The line on Night (The River) “Down by the river, me, my dog and sky” perfectly embodies my evening stroll by the River Bru in Somerset. 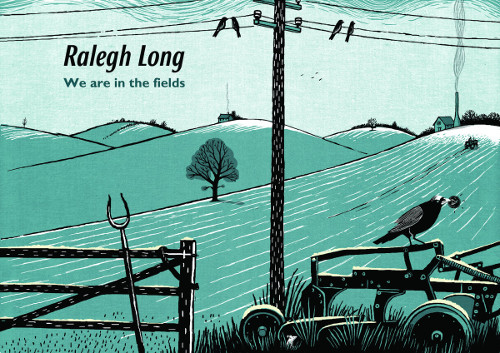 Musically, a lot of care has gone into picking the right style to fit the mood. Morning (We are in the fields) channels the English fields of Vaughan Williams with its lovely woodwind and piano arrangement. On Afternoon (The Combine) long time collaborator and ex-Hefner man Jack Hayter saunters into the field with his pedal steel. Long’s vocals and Hayter’s pedal steel worked beautifully on his debut album and do so again here.

For Dusk (Change), Long is found with his acoustic guitar, contemplating in the tall grass as the light fades. Finally, on Night (The River) he has his dog and piano for company as the stars begin the sparkle overhead.

As with his first album there’s a conscience effort to replicate 1970s singer songwriters. Here Bill Fay emerges as the most notable influence. As those who have read Rob Young’s excellent book on the history of English folk, Electric Eden, will know, this type of release, that immerses itself in the countryside, has been going on for centuries. That’s what makes this release not only a fine listen now but also an important part of Britain’s musical heritage.

Ralegh Long – We Are In The Fields is released on Gare Du Nord Records. More details here.