“This is from the new album,” is usually a phrase met with a depressed sigh when uttered at gigs by an artist who has been releasing records for four decades.

Not so for Bob Mould, who is currently creating some of the best music of his long career and live is arguably more energetic than he was in the early 1980s, when as a plump young man with a flying V guitar helped create the whole, quiet/loud rock blueprint for grunge with his band Husker Du. 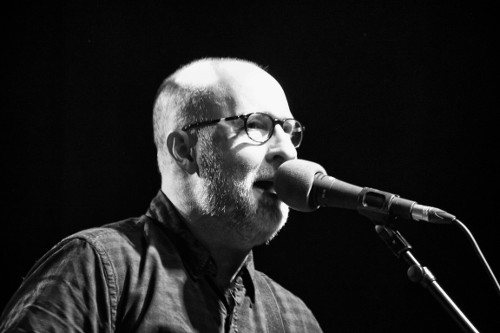 His current band, of Superchunk and The Mountain Goats drummer John Wurster and bassist Jason Narducy, have been together for three albums, Silver Age, Beauty and Rain and Patch the Sky, creating a raft of new anthems to deservedly sit alongside his Husker Du favourites and 1990s indie pop classics with Sugar.

Across this lively 23 song set he moved seamlessly across his career, with new tracks such as Hey Mr Grey from Beauty of Rain, The Descent from Silver Age and Patch the Sky’s joyous ode to annihilation The End of Things greeted with just as much excitement as Sugar classics like Changes, A Good Idea and If I Can’t Change Your Mind as well as the Husker Du tracks that featured heavily at the beginning and encore. 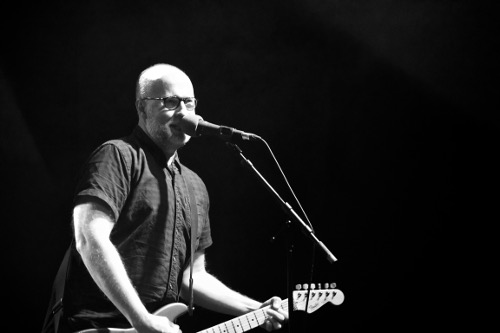 Mould and band started as they meant to go on with a frenzied, cobweb-clearing Husker Du hat-trick of Flip Your Wig, Hate Paper Doll and I Apologise.

The Sugar hits then followed and kept popping into a set that saw no let up in Mould’s clear enthusiasm for playing in front of a crowd, especially such an appreciative one as this. The band are loud too, and by loud I mean really loud, with Mould sporting not one but two giant Blackstar stack amps on stage, both going to 11 and beyond.

Aside from the Sugar tracks, the best of all was an extended, set closing version of Patch the Sky’s epic Black Confetti, which live is taken to a whole new level of intensity. 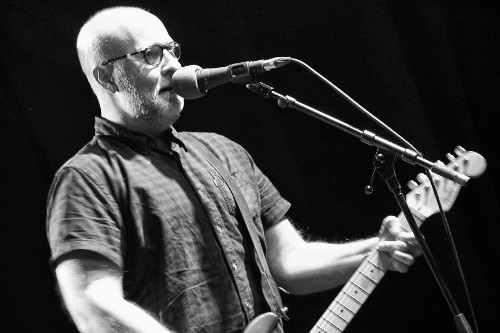 For the encore Mould went back to his Husker Du days with a lovely version of Hardly Getting Over it, from Candy Apple Grey, the band’s first album from their ill-fated stint with Warner Bros Records. It was the only time the gain on his Fender Stratocaster was turned down all night.

Last track on his return took us back to the start and Husker Du’s breakthrough 1985 album Flip Your Wig, with arguably its best song, the anthemic Makes No Sense At All.

Afterwards Mould returned to the stage to thank the audience,  with his steamed up glasses the only hint that he’d just churned out a four decade career in an hour and 20 minutes.