Sound the breakthough album klaxon. Wolfgang Möstl’s Mile Me Deaf act  has always been experimental but they are on the cusp of the big time on the basis of this latest, ambitious release

On previous releases he’s been looking to push the boundaries of indie rock and guitar pop.

Here he’s pushed, then smashed his way past them, veering off into trip hop, dub, jazz, and ambient. Above all, as XTC once proudly sang, This is Pop. 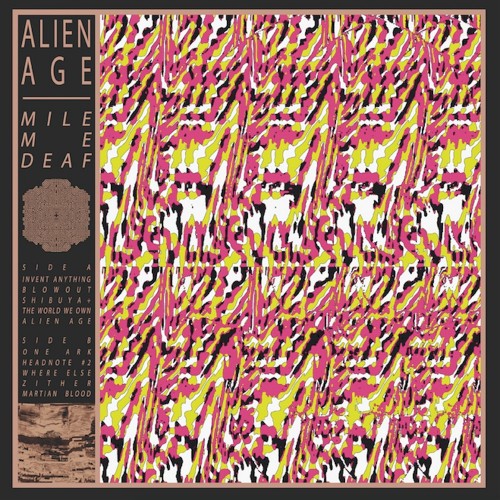 Of course it wouldn’t be a Mile Me Deaf release without some left-field caveats to it.

It is pop with a massive alien, psychedelic twist, as the album is a loose collection of tracks about the end of the human race. But you’d never know its content was so dystopian with a sound more akin to a Flaming Lips festival headlining set, with its mish-mash of infectious melodies supplemented by a rag-tag collection of riffs, loops, twists and turns.

This is best typified on lead single Blowout, which follows the same successful template Tame Impala have pursued in recent years – make them dance, make them feel weird.

Then on Shibuya+ he hands lead vocal duties over to Katarina Trenk, and another great single is born, as he channels the spirit of Bristol’s early trip hop scene.

Among other high points is Headnote#2, which has a neat Massive Attack shuffle to it and a fantastic rock film score middle section.

The klaxon has sounded, its now up to you and a bit of luck to make this the hit it deserves to be.

For more information about Mile Me Deaf visit their bandcamp page here.