Michigan’s Frontier Ruckus have stepped up a gear on this, their fifth album. Their usual indie charm is still evident, but they’ve added sophisticated string arrangements too, as they take a melancholy look at suburban family life. 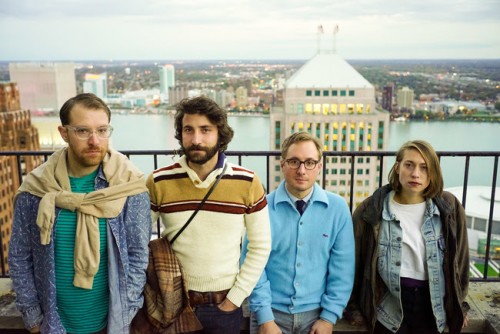 For songwriter Matthew Mills there is plenty of source material,  with his own father’s struggles to keep hold of the family home after losing his job and having to rely on disability benefit.

Modern suburban ‘Netflix’ families are also a focus. This is particularly on opener Visit Me, where they are seen through the windows across the city outskirts in the “sweat pants” watching the “season finales”.

Other high points include Our Flowers Are Still Burning, which features a sardonic video with the band finding bleary eyed solace in their friendship the morning after a house party.

I first heard Frontier Ruckus through their debut The Orion Songbook, which erred far more on the side of Americana than this release.

This consistency is perhaps the album’s greatest strength.  From start to finish the quality of music is high, as the sweeping strings bringing a sense of hope to American family life.

Given the turbulence of recent political events in the US, hope is something they will certainly need to cling on to in the coming months.