Fresh from an unexpected appearance on daytime TV politics programme, The Andrew Marr Show, Chuck and his band The Mission Express are here in the UK to save your ragged arse souls and light your blue touch paper. 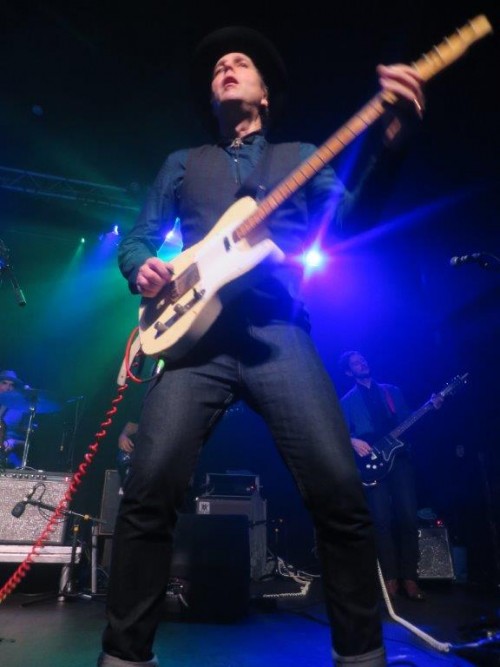 They are also promoting their excellent new album, Bobby Fuller Died For Your Sins, named after the cult 1960s rock ‘n’ roller. This is Chuck’s umpteenth release or is it fifteenth (I cant quite remember)? It’s fantastic obviously.

Since the break up of the band that made his name, the legends that were Green on Red, Chuck has ploughed the fields of rock ‘n’ roll for you, unearthing musical nuggets and groovy tunes along the way. With Stephanie Finch on keyboards, vocals and inspiration, always there as his constant muse, they travel the globe with a never less than amazing band of musicians to deliver high-octane, crowd-friendly boogie.

They are the tightest but loosest gang of motherfuckers this side of Bobby Fuller’s gravestone.

A roll call of finest moments unfolds including We Got Up and Played, In The Mausoleum and Wish Me Luck, which included a sit down chat with the audience. 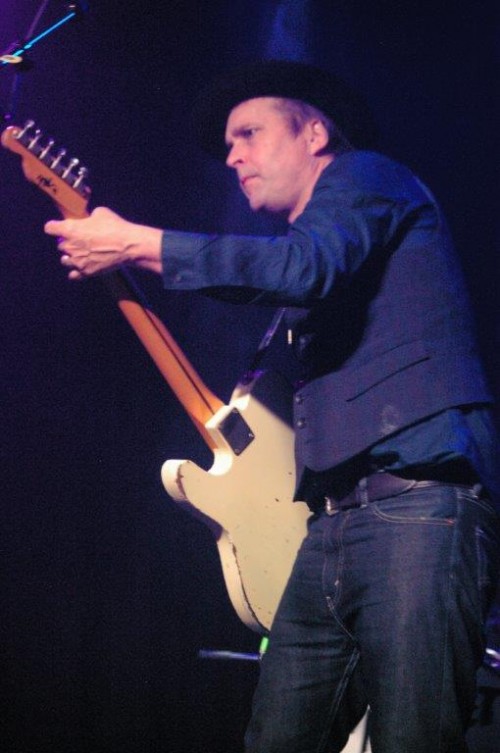 Crowd favourite Temple Beautiful goes down a storm, then there’s the irresistable You Did ( Bomp-Shooby Dooby-Bomp) complete with a heart stopping guitar solo.

There’s also choice cuts from the new album, including the title track,  Jesus was a Social Drinker and a tearing up the place Bad Year for Rock ‘n’ Roll.

He even finds time for a Leonard Cohen cover Iodene, from Death of a Ladies Man and a nod to the Bobby Fuller Four themselves with a cover of Let Her Dance.

Two very exciting sweaty hours of rootsy blues sounding like it was fed through torn speaker cabinets and delivered by a band so cool you could almost forgive Americans voting for Trump (but not quite).

We stayed till Chucking out time. Boom and indeed boom.