Each year at the live finals for the Glastonbury Festival Emerging Talent Competition particular themes emerge, which give a good indicator into the current thinking of festival bookers and music journalists.

At last year’s event attitude proved the winning theme, with She Drew the Gun’s ability to speak to a generation of young people earning the top prize, of a £5,000 PRS Foundation talent development grant and a main stage slot.

The previous year it was melody that shone through, being delivered by teenager Declan McKenna, whose track Brazil has arguably never been bettered in the competition’s history for sheer pop savvyness. Within months he was signed by Columbia and will be appearing at this year’s festival, for the third time in his fledgling career.

This year it was all about singing talent with all eight acts showcasing top vocal gymnastics. 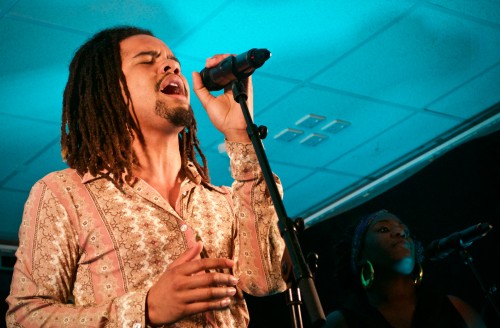 In the end the Glastonbury Festival Emerging Talent Competition judges, including Michael and Emily Eavis, Glastonbury stage bookers and music business professionals, went for the act with the biggest voice of them all, Josh Barry, a soul singer from London who has been a stalwart of the underground dance scene for a number of years and once even auditioned for Britain’s Got Talent.

His was an incredibly passionate live performance and on a night of tonsil based excellence his victory was inevitable. He will own whichever main stage he is allocated and make good use of his £5,000 PRS prize. 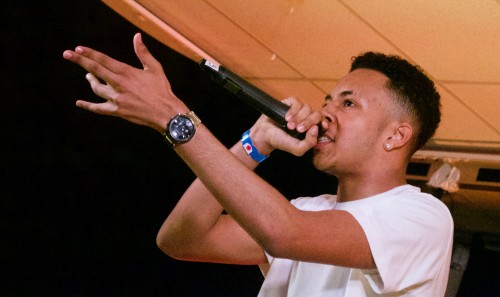 In terms of unearthing original talent,  Young Yizzy and Flohio were worthy runners up. These London based young MCs are already gathering critical acclaim and the teenage Young Yizzy is one of the UK’s emerging grime stars. He was a close second to Barry in terms of working a crowd, with a stage invasion at the end of his two track set a highlight of the night.

Flohio oozed star appeal and like She Drew the Gun, took the mantle of spokesperson for a generation. As a website focused mainly on indie and alternative guitar music the charismatic Flohio took me out of my comfort zone and I loved every minute of it. 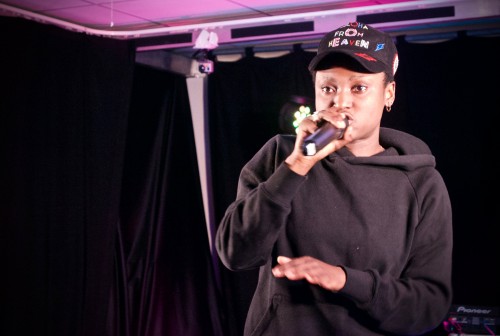 Both Flohio and Young Yizzy scooped £2,500 PRS Foundation grants to help further their careers, which on this evidence, will go from strength to strength.

It sounds patronising and clichéd to say that all eight finalists; also including Lucas & King, Lilith Ai, Silences, WOWH and TYNI, were winners. But as all gain a slot somewhere on the festival bill and have garnered some excellent publicity from reaching the last eight, they have in no way lost out.

As a long list judge for the Glastonbury Festival Emerging Talent Competition, and regular attendee at these finals, I’m looking forward to the next emerging theme. Although I’ll have to wait two years, as the festival takes a year’s break next year to let the grass at Worthy Farm recover.

For more information about the competition and live final click here.

Visit our Facebook page to see more pictures from the live final.