Indietracks is one of the highlights of our musical calendar, and 2017 doesn’t look like it is going to buck the trend of friendly vibes, steam trains, owls and great music that we have come to expect over the years.

We have written about the festival many times in the past, so go here if you want a flavour of what to expect. 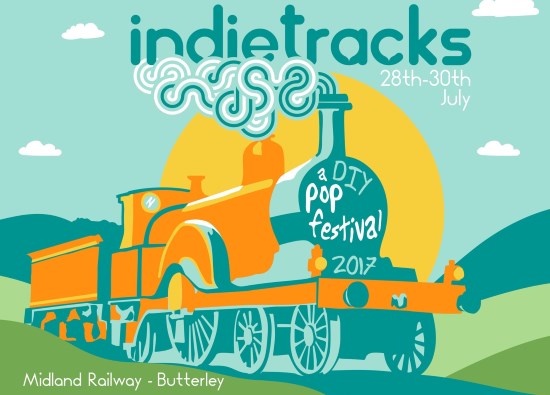 The bands on the bill this year are the typical mix of new and old with some familiar faces alongside festival debutantes offering up a really strong line-up across the three days. The Tuts, The Wave Pictures and Endersbys Room have all been Neon Filler favourites at previous festivals, and there are dozens of acts we are less familiar with playing over the weekend.

Darren Hayman played a great set here last year and he is back again with Emma Kupa playing as the Hayman Kupa Band. Kupa is very busy over the weekend also appearing in Mammoth Penguins and Friends as well as being one of the festival organisers.

There are plenty of new bands to discover over the weekend with Luby Sparks, ME REX and Milk Crimes all having formed in the last couple of years. There are veterans playing too, with The Orchids and Milky Wimpshake adding a few years to the bill and Monkey Swallows The Universe reuniting 10 years since they last released an album. 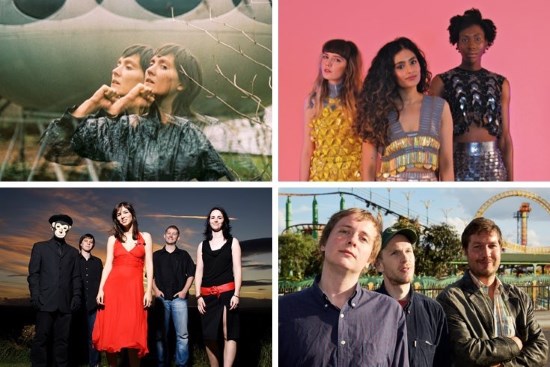 The headliners are strong this with Martha bringing some lively North East power-pop to the stage on the Friday night, and Cate Le Bon closing the festival on the Sunday night with her distinctive “Television meets John Cale”  approach to songwriting.

It is The Wedding Present on the Saturday night that are the pick of the bunch for me, even though they are a band I get the opportunity to see in my home town several times a year. I remember picking up their debut album, George Best, 30 years ago aged just 15 and it remains one of my favourite records to this day. This is a band that, with their appearance on the legendary C86 cassette, helped to define what indie-guitar-pop was. David Gedge may be the only consistent member of the band, but his weary tales sound pretty good to this day, and their most recent release Going Going was one of their best. 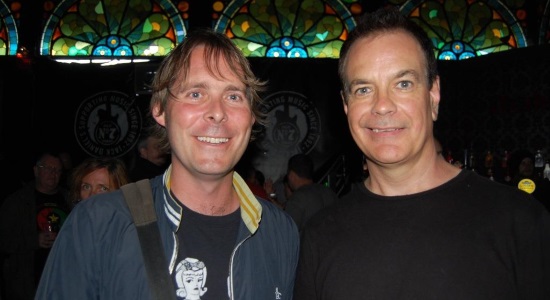 We spoke to some of the Indietracks team (Nat Hudson, Beck Conway, Jasmine Allen, Andy Hudson and Emma Kupa) to find out a bit more detail on what makes the festival tick.

Lots of festivals have come and gone over the years, with small festivals often disappearing. Indietracks is in its 11th year. What do you think is the secret to the festival’s success?

Beck: Without a doubt, I think it’s the atmosphere and community spirit. The festival has such a lovely, relaxed and friendly vibe and I’ve made so many friends there over the years. I can’t wait until July to catch up with everybody again!

Nat: I think it’s the friendly, relaxed atmosphere and the sense of community. A lot of Indietracks goers come back every year, and it’s always wonderful to see so many friendly, familiar faces as well as new ones. I also think our mix of established and up and coming bands also attracts people – Indietracks is always a good opportunity to discover your next favourite band!

The Wedding Present were my introduction to indie pop 30 years ago. What was the point that you realised your love of the music?

Beck: I was a big fan of indiepop bands before I really knew what indiepop was! I found a couple of Field Mice records in a charity shop when I was about 15 and started to realise the wonders of Fortuna Pop after getting into Bearsuit and The Aisler’s Set. I used to run a clubnight in Manchester years ago where we’d play those bands alongside stuff like Dressy Bessy, Helen Love and Hefner. I don’t think I ever really understood that all these seemingly disparate bands fitted together under the umbrella of ‘indiepop’ before I started coming to Indietracks!

Nat: Like Beck, I was a fan of indiepop before I really knew what it was! As a student I was a huge fan of Hefner, Stars of Aviation, Marine Research, Belle and Sebastian and similar bands. I moved to London in 2004, met friends who were into similar music and ended up going to the How Does It Feel To Be Loved? club night. Through that I ended up discovering lots of new and old indiepop bands and eventually became involved with Indietracks.

Jas: Although music was always a big part of my life, I first discovered ‘indiepop’ by attending DIY clubnights and gigs at University. A bunch of my friends were involved with a society called Burn the Jukebox – which encompassed a variety of genres. I was always drawn to the more indie, electro, pop end of this. After University I ended up dating someone in a band, and that has been a great way of discovering bands by attending gigs, and of course that’s how I also discovered Indietracks.

You have some new faces on the Indietracks team this year. What are they bringing to the festival?

Nat: Myself, Andy and Emma Cooper are still part of the organising team, but this year we’ve also welcomed new members Beck Conway, Jasmine Allen and Emma Kupa. They’ve been in bands and have also been involved with organising the Sweet Revenge club night in Manchester and the Cambridge indiepop all-dayer, so have loads of experience of putting on indiepop events! They’re also all regular Indietracks goers, so know the festival and are really keen to help make it the best it can possibly be. We’re so lucky they volunteered to get involved – they’ve done so much of the work this year, and have brought lots of energy and enthusiasm to the team too!

Beck: Along with Jas and Emma, I’ve been a massive fan of Indietracks for years and I think that’s a really useful perspective that we bring to the organising team. We have a good sense of what people really love most about the festival and what new ideas might work well.

If you were put on the spot and had to pick your one must watch act this year who would that be?

Beck: I think I’ll have to pick one of our international bands because you never know when they’ll be back in the UK – I’m really looking forward to Luby Sparks who are travelling all the way from Japan to play for us!

Jas: It’s difficult to pick one, and I often enjoy the smaller bands the most. However, The Wave Pictures have a lot to offer – they are an incredibly versatile band with lots of talent and a large back catalogue.

Words and interview by Dorian Rogers

Indietracks is on from the 28th to the 30th July at the Midlands railway Centre in Derbyshire. Go to www.indietracks.co.uk for more details and to buy tickets.