One of the hardest working bands in music – Australia’s King Gizzard and the Lizard Wizard  – are now over the half way mark in their hectic schedule of releasing five albums this year.

Exponents of psychedelia, rock, pop, jazz, you name it, this third outing of 2017 sees them team up with mellow 70s nostalgist Alex Brettin, aka Mild High Club. 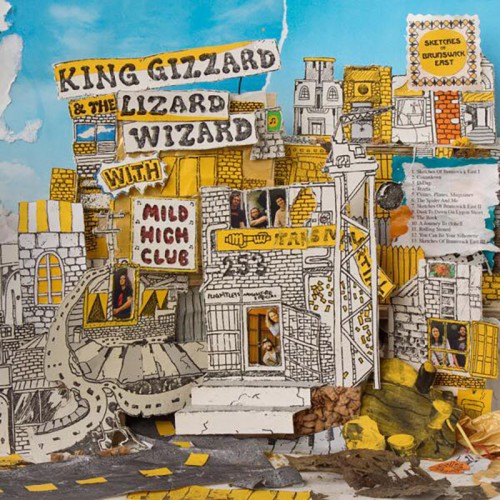 The result is part jam session, sounding improvised at times as they seek to capture studio spontaneity. But it is also a seriously well constructed blend of all their styles. What emerges is the best, and possibly only, eclectic psychedelic lounge album you will hear all year.

For example, on D-Day, one of many short instrumentals across the album, King Gizzard and Brettin move seemlessly from funk to a Marrakech bazaar backdrop. This almost demands the invention of a time machine to provide a ready made soundtrack to an early 1970s Bond film.

In addition, there is lashings of pop too – with the radio-friendly The Spider And Me and Countdown particularly standing out.

Brettin has done a fine job honing the 1970s sounds across this album and this is clearly a collaboration borne from mutual respect and one that will hopefully continue with further releases.

For those who have only heard King Gizzard’s heavier rock albums this may jar. But by now most who are familiar with the band should know that they can’t be so easily pigeon holed and are always willing to surprise their listener.

As well as being one of the hardest working bands around King Gizzard continue to be among the most interesting recording acts. This album, with Brettin bringing extra class to proceedings, is no exception.