This seventh album by Sunderland’s Field Music takes a while to get going, packs a punch in the middle and then hides some gems at the back. 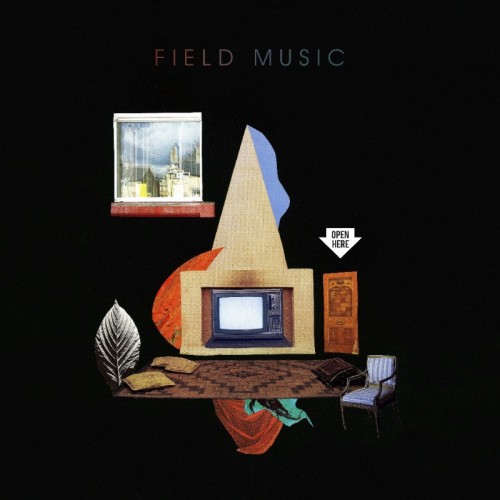 Let’s take the middle section first. This kicks off with Share a Pillow, with saxophones and crunching guitars all wrapped up in a jazzy verse and pop savvy chorus. It sounds like a cross between XTC and The Sweet, which is a good thing by the way.

The title track follows to take their chamber pop leanings to beautiful new places before moving into the funk of Goodbye To The Country and smart guitar riffs of Checking On A Message.

But don’t stop at this marvelous four track run.

While opener Time In Joy doesn’t immediately grab you it is full of some lovely melodies and keyboards across its five minute run and is well worth going back to.

So too is the synth focused Count It Up. I wasn’t sure what to make of it at first as the higher voiced of the Field Music brothers, David Brewis, lists achievements of life. But as it builds up, the list starts to suggest far more, from social media involvement to social justice. It finishes as the most thought provoking track on the album.

In the second half resides No King No Princess, a sort of ode to Prince that gets better with further listens.

Among the back end of this collection sits another gem – Daylight Saving. This is one of those Field Music songs that contains multiple parts and layers that somehow can all be squeezed into a three minute pop song.

Where does this latest album fit into the Field Music back catalogue?

Perfectly that’s where, as it breathes new life into their multiple influences and sounds. The angular pop of one of their key influences, Washington’s Medications ,is scattered across the tracks. There’s Talking Heads, Prince as well as the usual XTC and King Crimson references too.

From their chamber pop growers to its pop-tastic foot stompers, Britain’s most interesting act continues to excite.