In the year he becomes a pensioner John Howard continues his prolific renaissance with another of his regular EPs that pays tribute to those who have influenced him.

Previous collections have introduced us to some real gems. From the likes of Randy Newman and Laura Nyro to some a welcome revisiting of the music of lesser known artists, such as Alex Highton’s beautiful A Song For Someone. 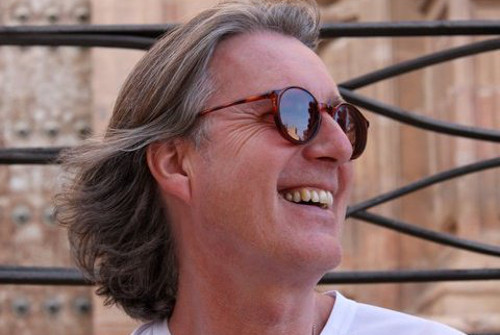 Here, as John Howard marks his 65th year, he is focusing on his folk roots with some tender versions of well known and rare songs from the 1960s and 1970s by Sandy Denny, Tom Springfield, Nick Drake, Tim Buckley and the Incredible String Band’s Mike Heron.

Among the most passionate is his take on Nick Drake’s From the Morning, which closes the tragic singer songwriter’s final album Pink Moon (1972). As John Howard says in his accompanying press release “it’s astonishing that he could write such an upliftingly beautiful song, celebrating nature and his delight at the changing of day into night” when he was falling to an abyss of mental illness that claimed his life. Here Howard gives it an even more uplifting feel, with accordion and piano creating a wall of sound for the splendor of life that Drake describes.

John Howard’s take on Denny’s The Lady and Buckley’s Morning Glory are two further high points. The simplicity of the production on these is particular strong, focusing on Howard’s two key strengths – his wonderfully preserved pop vocals and piano playing.