The Wave Pictures are something of an oddity within the UK ‘indie’ scene they have been part of for around two decades.

Their sardonic lyrics, partnerships with the likes of Darren Hayman and appearances at events such as Indie Tracks make them, on the surface, ideal for the C86 brigade. But at heart they are a blues rock band, more at home playing on the same bill as perhaps John Mayall or Dr Feelgood. 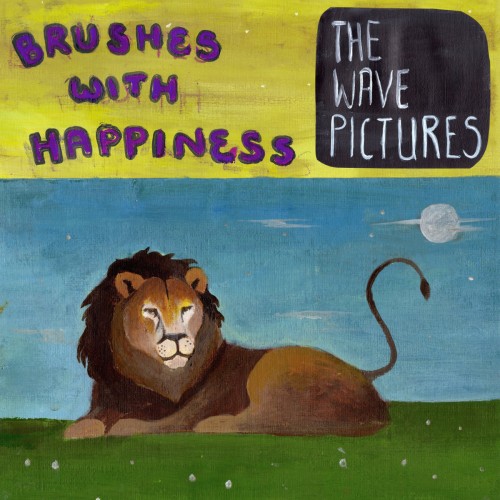 In recent years they’ve been doing their best to showcase their blues and classic rock roots, especially on the American influenced Bamboo Diner, the blues driven City Forgiveness and their Creedence Clearwater Revival tribute on Great Big Flamingo Burning Moon.

This late-night, booze fuelled blues offering certainly adds to those attempts. Recorded in one night, it aims to recreate the feel of a vintage jazz, folk or blues live album.

Lots of bands pretend that they have made their Tonight’s The Night or Astral Weeks, that special album which is recorded in those rare, late-night, pressure-free circumstances; that loose collection of inspired jams. They haven’t done it really. They’ve spent bloody ages working on the thing. They’ve lost their nerve. This is the real thing. A genuine shitfaced improvisation.

Largely improvised, except for the lyrics, this nine-track collection shows how much of a tight knit musical machine they are after so long together.

It works best when based around a strong riff from Tattersall, as on opener The Red Suitcase, which features a lovely long rambling guitar solo too.

Jim is another strong track. Its dark, brooding lyrics and harmonica solo a world away from the fey pop of C86.

Crow Jane builds up nicely too as the album breaches the half way point.

But for the remaining three tracks I found myself getting a little restless and craving some of their more ballsy rock of recent years.

I get that this is an album designed to be slow and broody. But after 50 minutes of slow broody blues I got a little bored. But is that how all non-blues fans hear the blues?

While I admire Wave Pictures for trying out something different in the recording process, this comes across as more of an interesting add-on to their catalogue rather than a distinct high point.