This year’s Glastonbury Festival was all about the sunshine. With no rain or mud the site was full of smiles. Getting about from stage to stage was far simpler. This gave us a good chance to investigate the small stages, that are often away from the glare of the television cameras. They also feature some of the event’s up and coming stars and established acts alike.

Here’s some of our highlights:

Once again this small venue excelled at promoting new and emerging acts, with Amyl and Sniffers, from Australia among the best. Performing on the Friday, lead singer Any Taylor was almost upstaged by the mullets of the rest of the band. Not quite though as she snarled through tracks such as Cup of Destiny. Three minute punk pop songs across the board meant their set flew by. 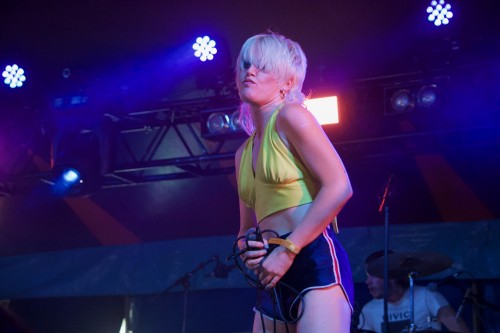 Amyl and the Sniffers

Speaking of snarling through tracks, Irish punk quintet Fontaines DC were busy at the event with gigs at various venues. We were lucky to catch their fiery show at William’s Green which showed they have ready made Festival favourites already, despite being one of the event’s newest acts. Too Real and Boys in the Better Land in particular sounded great. Worth noting that in lead singer Grian Chatten they have a great frontman who patrols the stage frantically, with more than a note of Joy Division’s late great Ian Curtis about him. It was like he was in another place at times – a very angry place indeed. 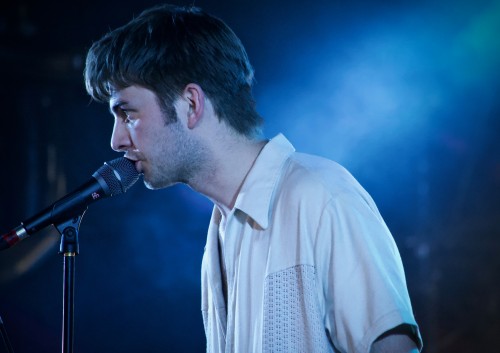 Snapped Ankles are another new act to offer a surprising Festival highlight show. Looking like Hall and Oats in the wilderness, dressed as trees and forest creatures they looked the part. The music of frantic dance rock appealed too. In terms of stage prescence they nailed it. 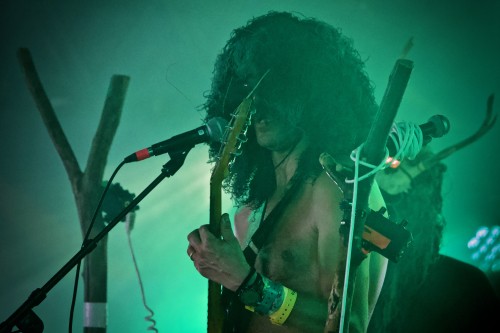 Special mention goes to Sundara Karma who I last saw in the larger John Peel stage during a fairly lacklustre set. Here they were harder, faster and better. A treat for the small crowd assembled. 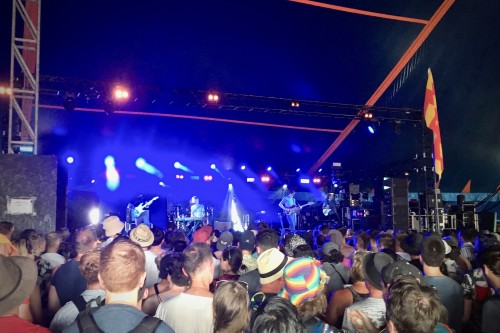 Tucked away near the south-east corner of the festival site is the Avalon Stage, which offered up some impressive sets from festival regulars and those making a return. Steeleye Span were among those we saw, with a mix of original and new members, churning out a back catalogue of fine folk rock, especially Alison Gross, about witches. 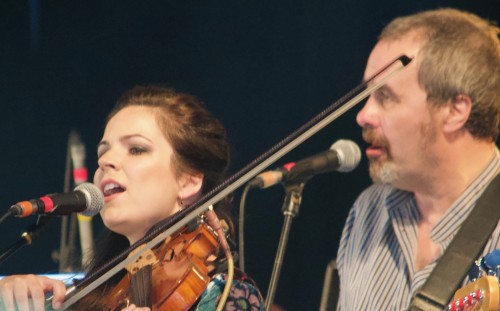 Our highlight was Morcheeba, who were playing for the first time at the Glastonbury Festival since 2003. Often seen as the lesser cousin of the likes of Massive Attack and Portishead they should surely be seen alongside such trip hop greats, with our favourite set of the festival. Hits from Big Calm were the crowd’s favourites, as was an impressive version of David Bowie’s Let’s Dance. 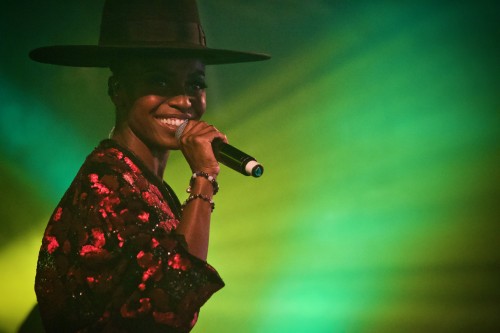 Another venue primed for the wandering music fan is the Acoustic Stage. It features one of the best acoustics at the site and an eclectic line up with the likes of Hawkwind and Keane on stage. Here we’ll mention a couple of our favourites, with Grace Petrie putting in a great performance elevated over the years from some of the site’s smallest venues to the luxury if the Acoustic Stage. She’s a self confessed protest singer and like Billy Bragg she combines songs of politics well with other themes of love and growing up. Black Tie, her ode to her teenage self, was among many highlights. 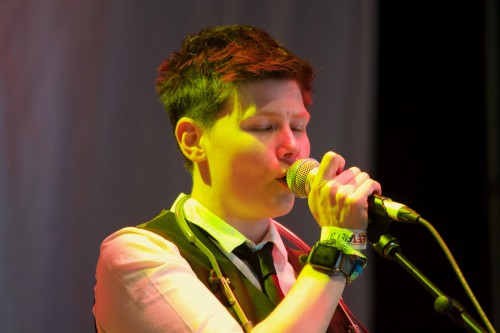 Rodney Brannigan had a great band in tow for his bluesy rock set but it was his solo meanderings featuring instrumentals played on not one, but two guitars that most impressed. The secret is in the sustain. 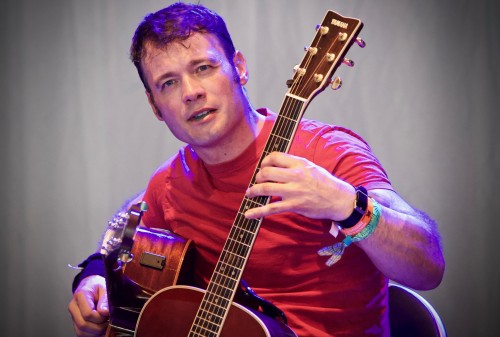 This is as big as this review will get stage wise. Our highlights included an early Saturday afternoon set from Glastonbury Emerging Talent competition winner of 2016 She Drew the Gun. Since scooping the top prize they have used the accolade well, building up their sound and stage prescence. Now complete with backing vocals and light show they get better each time we see them, with tracks from latest release particularly suited to a larger venue. Their version of the Beloved’s Sweet Harmony becoming a steady crowd favourite too. 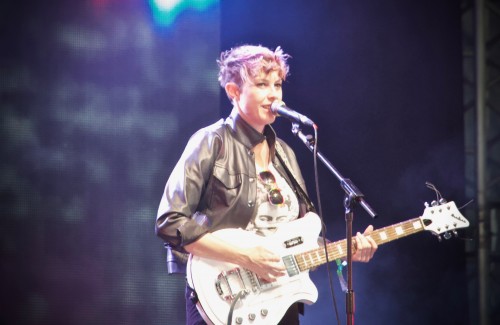 She Drew the Gun

Low’s light show at this year’s Glastonbury Festival also impressed as the US trio performed their brand of slowcore alternative rock splendidly. While they make good use of feedback the sweet vocals of Alan Sparhawk and Mimi Parker are what makes them so mesmerising live. 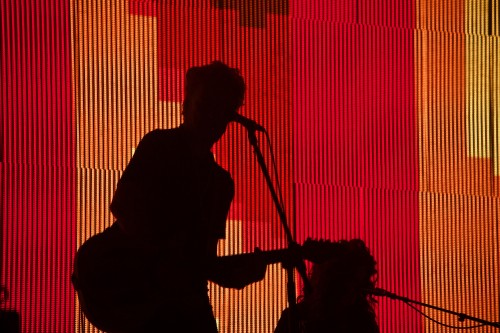 Its worth noting that the first two bands each day at the John Peel Stage are filmed by local film students, which was among the snippets of behind the scenes festival news we heard during the event.