The day started off threatening biblical downpours. It eventually turned by mid afternoon into Benidorm.

This was the latest and largest Splendour Festival during its take over of the lustrous grounds of Wollaton Hall. 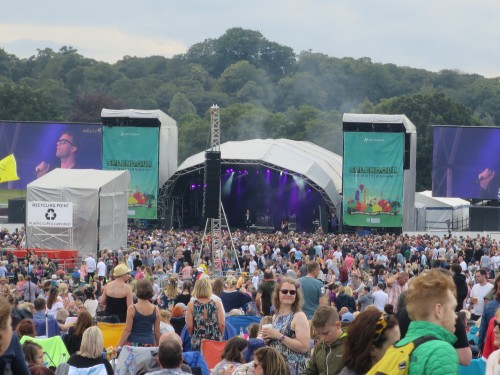 The red deer were away. The Hall closed. All that was left was to arrange a big pop party with 25,000 inebriated guests.

With a full supporting cast it proved to be a grand day out. Split over two main stages and a number of smaller stages the entertainment had something for everyone. With lots of Nottingham talent on show it proved to be a big success, even showcasing some potentially very big hitters for the future.

Re Teu for example is someone to look out for. A flamboyant singer and guitarist who proved to be an early afternoon ray of sunshine. This was in The Courtyard,which used to be the old stables. 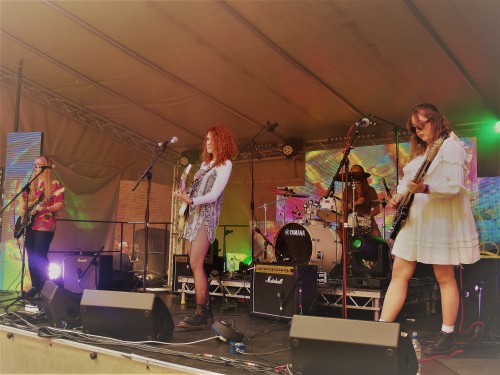 Quite what the horses would have made of the blues rock stylings of 94 Gunships is hard to gauge. The band were great but my tip for the top were Nottingham’s Velvet Blush  – playing some fantastic dirty rock n roll and fronted by a vocalist with a sweet voice and an equally sweet white guitar.

With hints of 1990s grunge it was hardly surprising that when we spoke to them afterwards we discovered they were big fans of Sonic Youth and The Breeders. I wanted to tell them I had seen both but they probably weren’t even born when I did.

A rush over to the Confetti stage saw The Rifles dishing out some retro mod rock. Better by far was ex Fine Young Cannables vocalist Roland Gift. He’s still the posessor of one of the most distinctive voices in pop and it was great to hear a live version of the old Elvis hit, Suspicious Minds. 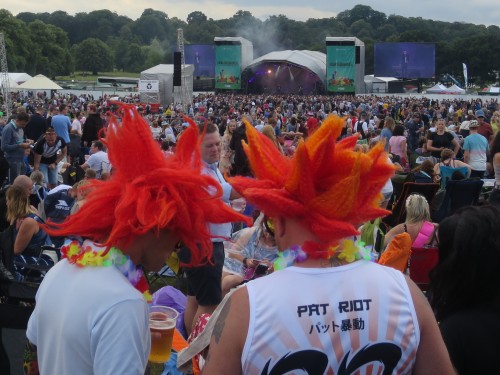 Now who doesn’t love a bit of anthemic ? The Splendour in Nottingham day’s fix came from Slow Readers Club. Think Editors , Simple Minds, New Order and you’re nearly there. I Saw Ghosts was the highlight of an extremely enjoyable and energising set.

Some brilliantly observed comedy from Roger Monkhouse on the Splendour Festival comedy stage was followed by more insanity on the Fringe Stage with a half an hour in the company of Mrs Green, who is basically a bloke with a beard dressed up as your gran (and on acid) singing cover versions. Not exactly cutting edge but we loved him. 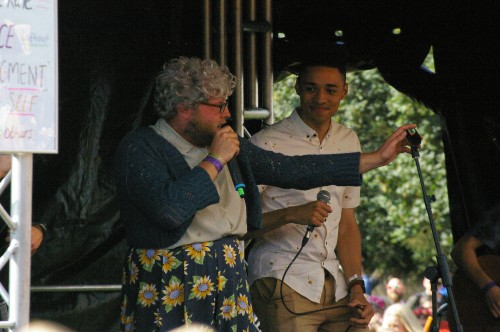 Rag ‘n’ Bone Man was extremly popular and delivered a robust Splendour Festival set but it was the sensational double header of The Specials and Manic Street Preachers, both welcomed like gods, that really hit the spot. 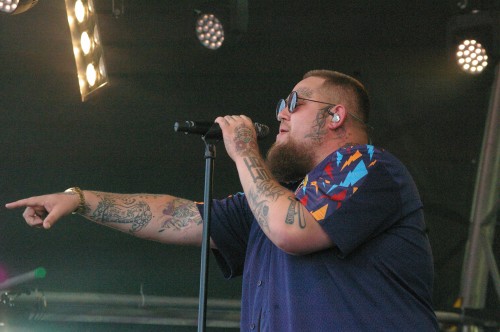 Saffiyah Khan you might remember taking on the EDL. She came on half way through at Splendour Festival and whilst the band played some mighty dub sounds she walked into the huge crowd, talking all the time, a lot of people seemed bemused by this act, I though it was like some kind of living art installation, it was brave but extremely tense at the same time.

The Specials paced their set very nicely, refusing too pander to the audiences need to hear their biggest hits as soon as they hit the stage.  We got a more restrained flow of tunes such as Man at C and Stereotypes, Nightclub, A message to you Rudy and an immense  version of The Lunatics Have Taken over the Asylum (Boris are you listening?), then a rush to the finish line with timeless classics Gangsters and Much Too young. 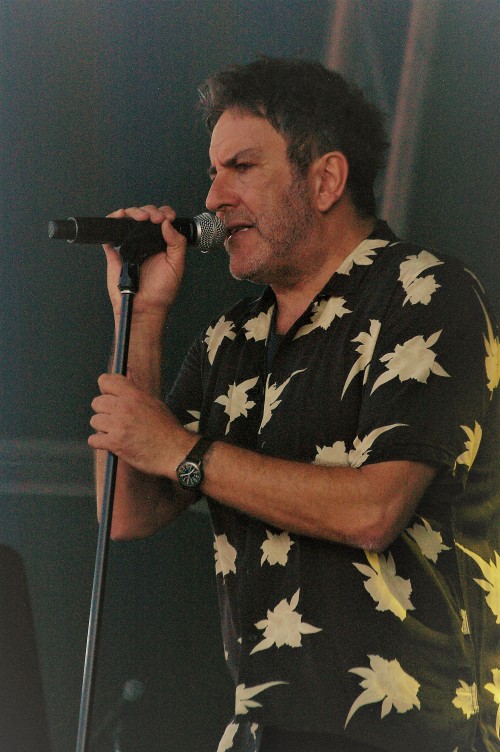 As for the Manic Street Preachers, what can you say? Welsh national treasures who from critically lambasted begingings have now become part of our much loved rock furniture. They punched a hole  in the festival with some proper full on rock and roll. I never thought I’d ever hear You Love Us live ever again. How wrong I was. It was both rip and roaring. Richy would have been proud. 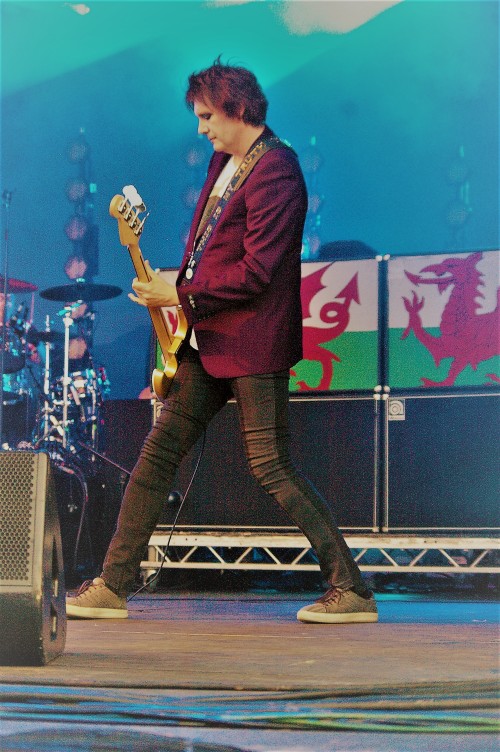 So watch out for Velvet Blush, My Pet Fauxes and fresh from his Glastonbury appearance local artist Rob Green.

Sadly we missed All Saints at Splendour Festival, as  I was on my hands and knees looking for my lost beer tokens. It was the best day out at Wollaton Park since I stole a deer last year. (I’m joking…it was a giraffe)