The Jam, Rick Buckler on drums, Bruce Foxton on bass and the ridiculously ageless legend that is Paul Weller on guitar, were one of our finest punk exports.

A young trio who articulated the anger and frustration of youth in perfect three-minute bursts of Rickenbacker rage. 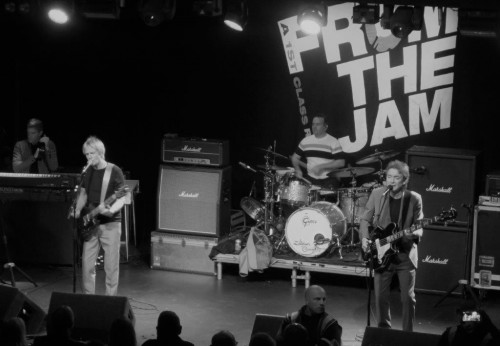 Unlike many of their contemporaries though they had the audacity to evolve and escape the straight jacket of three chords and having a shouty man at the front.

First signs of this came with their third album, 1979’s Setting Sons. It still retained the anger and the middle-finger but they wrapped the songs up in fantastic harmonies and genuinely lovely melodies (admitedly often hidden behind cloaks of feedback).

So tonight From The Jam reprise that fantastic album minus Paul and Rick but with Bruce at the helm playing the hell out of a thunderous bass guitar and Russel Hastings as a very authentic Welleresque frontman. Hastings not only looks a little like Paul but posesses a great voice and equally impressive guitar skills.

Add one keyboardist and a rock solid drummer and we are cooking on gas daddio as the kids say, probably.

Setting Sons is satisfyingly signed sealed and delivered, with stunning versions of Girl On The Phone and an oft neglected classic Wasteland. They they deliver every Jam song you can remember. So many fabulous tunes from Thick as Thieves and a tremendously volatile Eton Rifles to That’s Entertainment and Start!

Going Underground and of course Down in the Tubestation at Midnight also feature in From The Jam’s set. 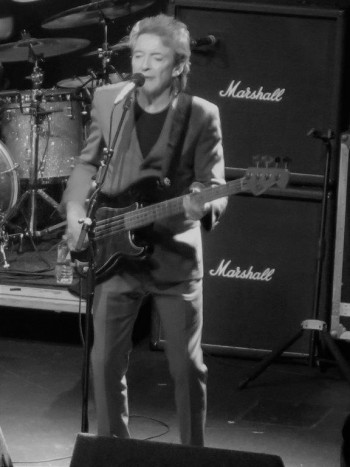 Ray Davis of The Kinks is often cited as the best writer of quintesentially English pop songs. I beg to differ, on the evidence of these wonderful songs tonight I suggest that accolade must go to Weller, ably assisted by Foxton, the writer of News of the World among other Jam tracks.

Support for From The Jam tonight came from one hit wonders The Vapors, the band that Foxton discovered back in 1979 and supported the Jam back then. Perhaps you can remember Turning Japanese? I can’t, I’m far too young (honest).