This was a rarish foray onto the live stage for Ralfe Band. I use the word stage in its loosest sense. It was more an end to a floor that was slightly higher than the other end. 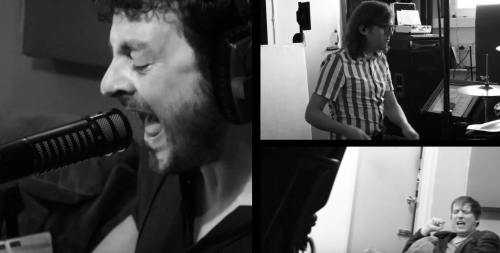 We were at the  Sebright Arms in the heart of Hackney. Fleabag country. Lots of hipsters and veggie options. But it is a lovely pub with a great intimate dungeon of a performing room.

The new Mrs Ralfe takes up position on his right and is a pleasant foil to Ollys voice. Due to complete sobriety (a rarity) and amnesia I have no idea of the song titles. I tell a lie. I recall the new single Sweat It Out and a delightful moment when support Piney Gir joined the band for a joyous tune.

At one point we had a gentleman at the front who appeared to be an extra from Strictly Come Dancing. He expressed himself in various dance moves best described as unsyncopated, but he did add that extra something to what was an incredibly enjoyable evening.

Special thanks to my two carers (they know who they are!) and the chilled out traffic warden who let me off outside Subway.