Joy is Seazoo’s second album, their first being critically acclaimed and award nominated back in 2018. We loved them at Indietracks last year and we’ve been looking forward to this album ever since. The band had  a string of live dates in support of the album planned and things were looking pretty promising for them.

Then, like for everyone else, the rug is pulled out and the world gets put on pause. The album gets a delayed release and when it does come out there are no record shops with it on the shelves, and no live dates to support it. Luckily things like Bandcamp exist and people can mail order, or enjoy the album digitally, but the current climate does take the shine off the release of one of the most enjoyable albums I’ve heard this year. 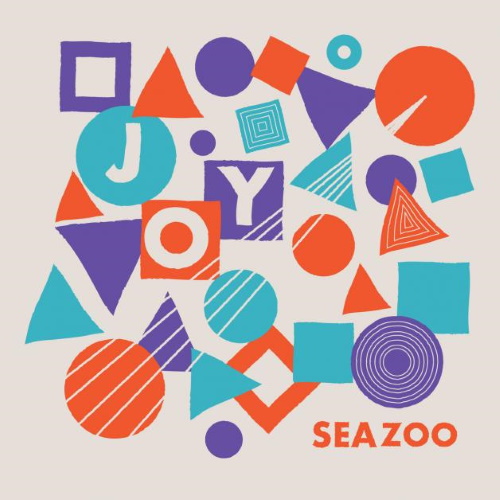 This is straightforward indie guitar pop, and I mean that 100% as a compliment, it is music that I love and Seazoo do it with aplomb. This is a band that knows how to write great tunes, can play and has an accessible and immediate sound. That doesn’t mean it isn’t sophisticated, there is enough of an identifiable sound, and enough in the production, to keep things interesting.

Things bounce in from word go with ‘The Pleasure’ and really don’t let up until 10 songs and 33 minutes later. It’s such a breezy pleasure that things fly by, even considering the moderate run time.

Mid way through there is a nice change of pace as ‘Throw It Up’ cranks the volume up a bit. Two of my favourite moments on the album are this and ‘I See Beauty’ when the band let go a little. That isn’t to say the lighter stuff in’t good, it is just nice that they vary the textures on the album. In fact ‘Heading Out’ may be the fluffiest bit of pop on the whole album and it is an absolute, well, joy.

I’m looking forward to being released and getting to see the band play in the late Summer/early Autumn (hopefully the former). Until then I think I’ll let this be the soundtrack to an indoor Spring and I urge you to as well.